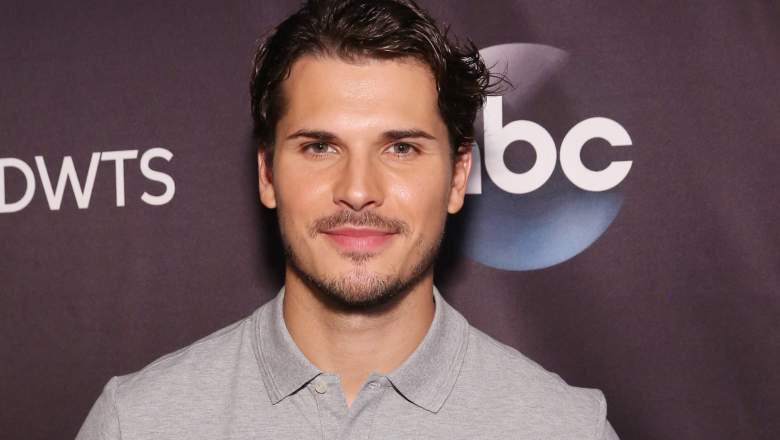 Dancing With the Stars pro dancer Gleb Savchenko has fans in tears over his social media post in which he paid tribute to retired judge Len Goodman.

Here’s what the pro dancer had to say about the outgoing judge:

In an Instagram post that featured a behind-the-scenes photo of Savchenko and Goodman posing with their arms around each other, Savchenko called the longtime judge “the heart of the ballroom” and said that Goodman was a “huge influence” on him.

He also said in the comments that he cried when he heard the news of Goodman’s retirement. One commenter wrote: “I cried when I heard Len was retiring. thanks I’ve seen every show and look forward to it,” to which Savchenko responded with a heart-eye emoji, “Me too.”

Other professional dancers have also posted their own tributes to Goodman. In an Instagram story, pro Val Chmerkovskiy had this to say about Goodman:

Taking to her Instagram, Judge Carrie Ann Inaba said it was “an honor” to have worked with Goodman, writing, “You brought so much wisdom and elegance into the ballroom and into my life. You are a dear friend, a valued colleague and forever my family. Thank you for everything.”

Veteran pro Louis van Amstel, who is returning for season 31 after a ten-year absence, posted a photo of himself with Goodman and wrote: “This man is very special. He judged me when I was just 18 years old! Len, you are a legend and will be missed beyond belief in the ballroom.”

Pro-judge-turned Derek Hough posted two photos of himself with Goodman and praised his “heart, his wit, his intelligence and his unforgettable feeling of getting a 10 from Len.”

“I’ve known you since I was 12 and it’s amazing how our paths have kept crossing after all these years,” Hough wrote. “Then it was truly a blessing to have the pleasure and honor of sitting next to you at a show that is very close to my heart. I will really miss all your funny and brilliant metaphors. Can you please write them all down in the ‘Book of Len’ or something for me. They really shaped us all.
Thank you – even though you gave me a 6 in the semifinals with Kellie Pickler back then. I love you Len.”

Goodman, who was there from the beginning in 2005, filmed his final episode on November 21. He has now retired to spend more time with his grandchildren in England.

Dancing With the Stars returns for Season 32 on Disney Plus in 2023.