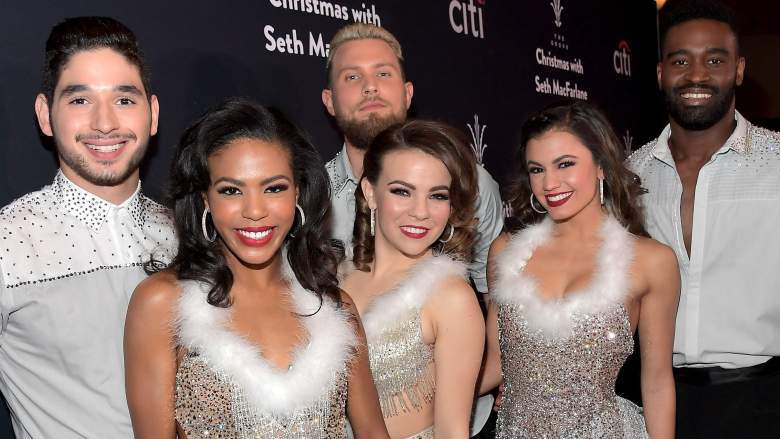 A professional dancer from ‘Dancing With the Stars’ has big news to announce – Brittany Cherry, a former member of the troupe, has married her longtime partner Bryan Agnew.

Here’s what you need to know about the big day:

According to People, the couple tied the knot on Sunday, Sept. 18, in a small ceremony attended by about 80 guests in La Jolla, Calif. Cherry told People that as a dancer, she wanted something “elegant and classy” for her dress.

“I’m a ballroom dancer, and because I’ve worn all these beautiful gowns and dresses my whole life, I really wanted something that was timeless, elegant, classic and not overly embellished,” said the So You Think You Can Dance graduate. “I found a really nice dress and I was like, ‘Oh, that’s pretty, but I’m just still not sure.'”

She continued, “So I live my life — cut to the point where I’m actually shopping for dresses and I go to four different stores and I see the same dress in a couple of stores and I’m like, ‘Oh, it’s so pretty.’ I’m going back to Kinsey James [in West Hollywood] and try on all the dresses you can imagine. I was still thinking, ‘Ah, that dress is so perfect’, so I finally settled on the dress I found a year earlier.”

Cherry added that they wanted something “timeless” and “simple,” so their wedding colors were black and white.

“Our colors are pretty simple,” said the Come Dance With Me star. “To be creative and to have been in production and to have a creative vision, [I] was super special. I really wanted it to be timeless and elegant, and I wanted to be able to look back at my photos without recognizing the time of day. Everything is very classy and my colors are black and white.”

Unfortunately, Jenna Johnson was the only Dancing With the Stars pro to attend as she is sitting out season 31 due to pregnancy. Cherry told People that the other pros all had to be at the camera blocking rehearsal for the season 31 premiere episode.

However, a few pros were able to celebrate Cherry over the weekend of August 20-21 when she had her bachelorette party. According to their Instagram post, Britt Stewart and Emma Slater were both there to celebrate the bride-to-be and upcoming wedding.

“So happy to be with you,” Stewart wrote in the comments. Slater added, “My babbbe!!! That was so much fun!”

The couple revealed to People that they actually met because of “Dancing With the Stars.” Former American Idol contestant Stefano Langone, who placed seventh in the singing competition’s season 10, was a member of the “Dancing With the Stars” band for a time and that’s how he met Cherry. He then introduced her to his roommate, Bryan Agnew, and the rest is history. The two got engaged in 2020.

“I’m so excited to be married to him and he really is just my best friend and the most incredible person in my life,” Cherry told People. “I’m just so excited for the life we’re going to build together.”