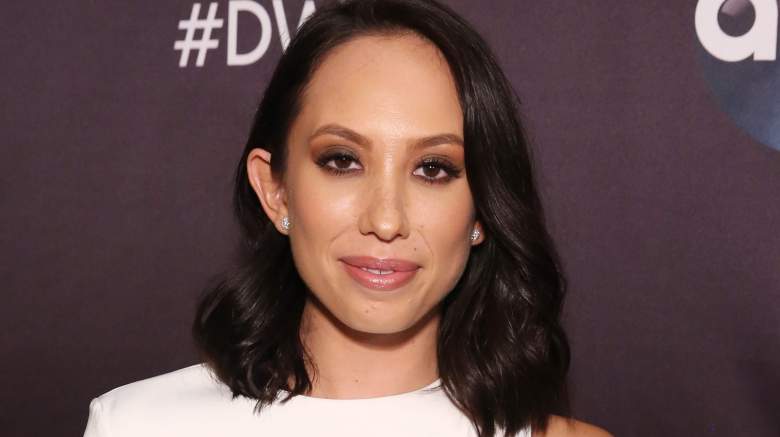 Dancing With the Stars professional dancer Cheryl Burke gave her fans an update on her ongoing divorce proceedings with actor Matthew Lawrence on the latest episode of her podcast, Burke in the Game, and she openly admitted that she “didn’t as good as it goes.”

Here’s what’s going on with their divorce:

On her podcast, before welcoming her guest, actress and author Gabrielle Stone, Cheryl wanted to be really honest with her followers about how she’s doing as she divorces from her husband of almost three years, actor Matthew Lawrence. The dancer said the divorce took an “absurd” turn.

“I think I can say for the first time that I’m not doing too well…some new news has been developing about this divorce and of course without saying too much about it because as you know I have a non-disclosure agreement im pre nup — [the new development] really ruined my day and my last three days I guess,” Cheryl said.

She added: “I guess it takes a long time for two different lawyers to exchange thoughts and the thoughts at this point and the questions are really absurd.”

Cheryl later spoke about not being sure if she married Matthew for the right reasons.

“I think part of me wanted to see if I could even get married. It was a strange thing. Mind you, of course I was in love with my ex-husband and wanted to marry him. But I don’t know if it was the right reason,” the dancer admitted.

Cheryl shared that these new developments in her divorce are negatively affecting all aspects of her life.

“It’s not easy and it’s something that’s really so sad, and it was — I couldn’t eat, I couldn’t sleep, I couldn’t even focus on my work and other things I’m doing or stay present.” , even when I meditate,” Cheryl said. “There’s all this anger and disappointment inside me. That’s all I can really say, honestly… it wasn’t easy.”

Next, saying that she’s trying not to let it ruin her life, she said: “I’m trying not to let this one thing – it’s a huge thing – ruin my day and my life, but it’s really hard, to separate everything from it and my professional life and my personal life.”

Cheryl filed for divorce from Matthew in February 2022 and said they officially split in January 2022. Matthew responded in March 2022, asking the judge to uphold their marriage contract, according to Entertainment Tonight.

Cheryl and Matthew met through “Dancing With the Stars” when his older brother, Joey Lawrence, was a third-season contestant in 2006. They dated briefly before separating for almost 10 years, then reconciled in 2017 and married in May 2019.

When news of the divorce broke, a source told Entertainment Tonight that the two had been “struggling for a while” and another source told the outlet that a divorce was “a long time coming.”

“They have a lot of history together and while they hoped this time would be different, it has proved otherwise. They have been living separate lives for a few months,” added the second source.

CONTINUE READING: ‘Dancing With the Stars’ Actor Opens Up About Being an A** on TV