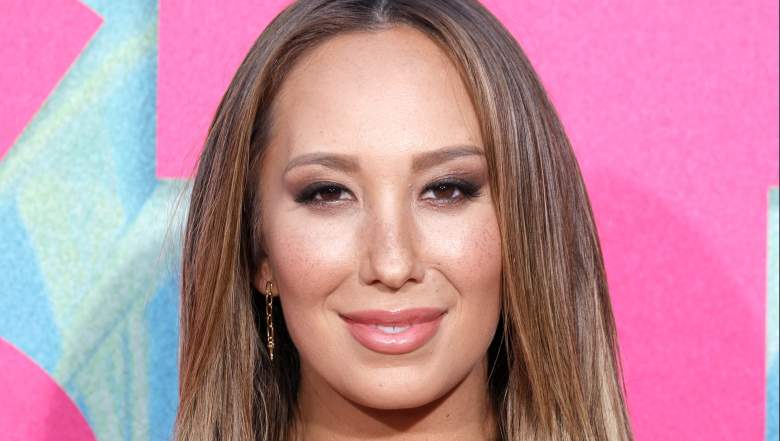 Dancing With the Stars pro dancer Cheryl Burke admitted on an episode of her podcast that she’s struggling to deal with the “haters” as she divorces ex-husband Matthew Lawrence.

Here’s what happened and the message Burke has for her haters:

On the September 26 episode of her podcast, Burke in the Game, dancer Cheryl Burke opened up about the “negativity” she received while dating her ex, actor Matthew Lawrence, whom she married in May 2019 went through divorce proceedings.

“I know a lot of you guys have commented — not necessarily this listener, my loyal fans, I love you guys — but some haters are definitely commenting and going, ‘Go on, go on,'” Burke said, adding that she’s trying share their story and live their truth and no one should be “silenced” who tries.

“I believe the reason I’ve been given the platform is to share my story, and part of sharing is to dive into your past and talk about it. Anything that weighs heavily on your shoulders or worries you, and I don’t think anyone should silence their story,” Burke said.

She went on to say that if you don’t like it, “feel free to hit that unfollow button.”

“If you don’t like it… you can always hit the unfollow button. Because honestly, for me, the negativity just leaves a bad taste in my mouth,” the dancer admitted. “I know I’m not supposed to listen, but I’m really only human, right? So be careful with your words, everyone. I’m just here to share my story. If you don’t like it, leave.”

She added, “I love you and I say this with love.”

Burke also spoke on the podcast about how she’s working on her sobriety, which has to be the number one priority in her life, especially when she’s going through tough times. Burke has been sober for over four years.

She also said that the season 31 premiere of Dancing With the Stars was a little bittersweet because that was the day her divorce was finalized.

“Not only was it the premiere of season 31 of ‘Dancing With the Stars’ and my 26th season, it was the end of another chapter, which is my marriage. So I’m divorced as of September 19, 2022,” Burke said, adding that they are “still dealing with this canine situation.”

In case you haven’t heard, Burke has said that she and Lawrence could face trial over custody of their dog, a French bulldog named Ysabella.

But on the Oct. 9 episode of her podcast, Burke thanked her devoted listeners for all of their support.

“It was so much fun doing that [podcast], it was so therapeutic. It was a release from all the built up stress, anger, disappointment, happiness, excitement, roller coaster of emotions. So thanks for listening and let me know what you guys want to hear for the upcoming New Year,” Burke said.