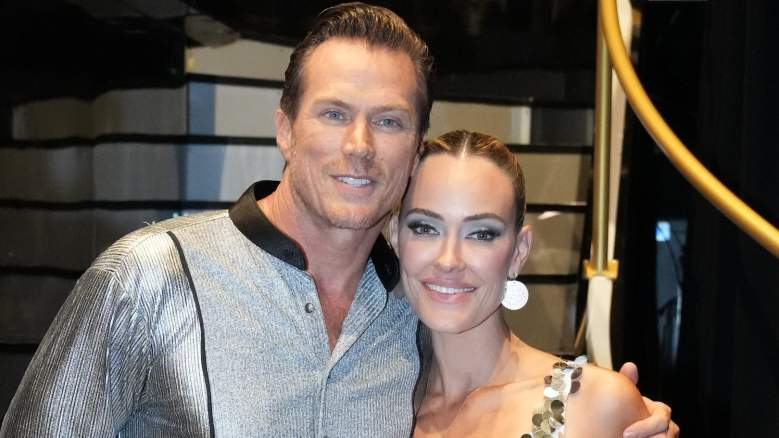 Dancing With the Stars pro dancer Peta Murgatroyd and her partner Jason Lewis became the first couple to break up in season 31, something that hasn’t happened to her since season 13. In an Instagram story, the professional dancer shared with her fans how she was feeling and how proud she is of her partner, and she and her partner also reflected on whether it was unfair to send a couple home on the first night .

On her Instagram Stories, Murgatroyd admitted she was “super depressed” about being outside first, which isn’t something she’s used to. But she assured fans that she will be back this season.

“I am shocked. I’m super disappointed but I’ll be back. I’ll definitely be dancing all season long,” Murgatroyd said. “Pro dancers, you know, we’re out of ads so we have a lot more time to fill up. You see the squad constantly going in and out and doing things, so yeah I’ll be back.

She went on to say that the silver lining to being eliminated early is that she becomes more of a mother to her son Shai as the lion’s share of that job has fallen to her husband Maksim Chmerkovskiy in recent weeks.

“Now the silver lining is that I can be a mother again. Maks has been doing the Mr. Mom-ing all the time and he loves it, but I’m glad I can return to that role a little stronger now,” the dancer said, adding, “Love you all, thank youy for that.” you are a loyal fan of dan one. Love you guys, thanks for your support and hopefully I’ll be back next season and it will be a longer season for me.”

When Us Weekly asked the couple in their post-show interview if they thought it was unfair that anyone had to go home on the first night, they both said no and were just grateful they were given the opportunity.

“They haven’t had a first-week elimination for so long, but you know, we’ve got a lot of couples this season, so I think they kind of had to start breaking away,” Murgatroyd said, with Lewis adding, “I know I do don’t think it’s unfair, everyone had the same opportunities.”

Lewis also said of his time on the show, “It’s been wonderful, man. It was challenging, it was a bit scary, but this is also an incredible group of people. I am very grateful to be a part of it.”

Fans, on the other hand, are definitely in the “it was unfair” camp. Twitter is full of viewers commenting that they don’t think anyone should go home on premiere night.

“It feels so unfair that there is an elimination in week 1 #dwts”, wrote a fan.

Other wrote, “I can’t be the only one wondering why people keep getting eliminated on the first night. Something like that is not fair 🤦🏾‍♀️. Like at least another week.”

In her Instagram Stories, the dancer also said that she definitely views the exit as “everything happens for a reason” and she is “so grateful” for having had the opportunity.

“I’m so grateful I had the chance to return to the show. I needed it mentally, physically, after everything my body had been through with IVF lately. I was so excited when I got the call, I was like, ‘Yes, yes, 100 percent, I’m in! Let’s do this!’” revealed Murgatroyd.

“Even though we came out first, it was super short — I haven’t been first out since my very first season, so yeah, it feels weird, it feels weird,” she continued. “I’ve made a lot of friends in the last two and a half weeks, you know. I’ve bonded with a few people and I’m going to miss them very, very much. Obviously Jason, I loved spending three hours every day with him.”