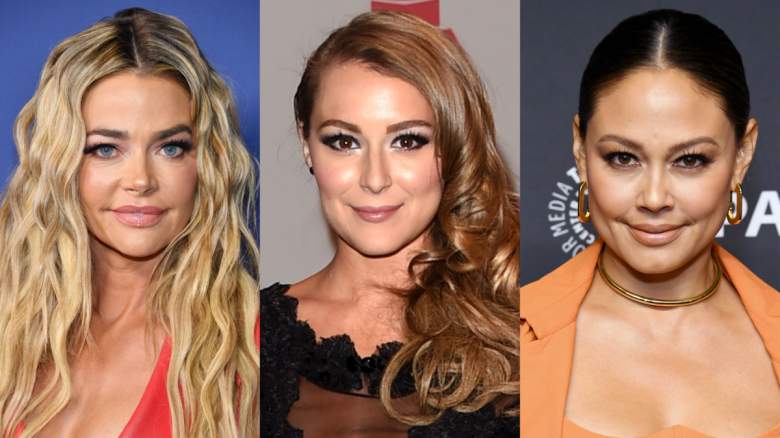 Several former “Dancing With the Stars” cast members are mourning the loss of beloved publicist Scout Masterson, who passed away suddenly at the age of 48.

“Yesterday we lost a loving husband, a kind friend, a good son and an amazing parent. Scouty, we miss so much,” Masterson’s husband, Bill Horn, shared in an Instagram post on Sept. 12, 2022. His cause of death was not disclosed.

Masterson is survived by his daughter Simone Lynn, 12, and son Bosley Jo, 8.

Dozens of posts from people who knew and loved Masterson filled the comments section of Horn’s Instagram share. These comments contained messages of love, support and condolences from several DWTS attendees.

Shortly after Horn announced his husband’s death, dozens of comments piled in, including messages from celebrities who knew and loved Masterson.

“Bill! I’m so sorry. Sending you and the kids so much love and strength,” wrote Vanessa Lachey, who starred on season 25 of Dancing With the Stars.

“I’m beyond heartbroken, the girls are too. we love you so much I’m still in shock and will be for a long time. We love you. I’ll tell you the rest in private,” added Season 8 contestant Denise Richards.

“Oh Bill, I’m so sorry. I am praying for you and these sweet babies. Sending you so much love,” said Season 21’s Kim Zolciak Biermann.

“Heartbroken for you. Sending so much love,” commented Trista Sutter, who starred on DWTS Season 1.

“Oh bill. No!!! I am so sorry. My heart aches for your family. I lift you all up in prayer,” wrote Alexa PenaVega of Season 21.

On September 13, 2022, Horn took to his Instagram feed to thank everyone for their support during this incredibly difficult time.

“The outpouring of love in the last few days has been overwhelming and amazing,” he wrote. “Thank you so much! So many calls, texts, DMs, flowers and so much food. We’ll get through this thanks in large part to so much.”

Horn and Masterson married in 2013, according to People magazine. They starred together in the reality series Extreme Guide to Parenting and are very close friends of Tori Spelling and previously appeared on her family’s reality show off and on.

“I struggled with this post today. But unfortunately it’s real. Our friend Scout passed away yesterday. This incredibly kind human being who was the best of father, husband, son, dog dad, friend and guncle was taken far too soon. His children Simone and Boz were his world. He loved his husband Bill with all his heart. His mother, Grandma J, whom we all call Nana, was a goddess in his world. He had so many friends who cared about him because he made time for them all and they all knew the world was a better place with him. No matter what he was going through healthwise and personally, he always made others feel loved and made them laugh and smile,” she wrote in part.

CONTINUE READING: DWTS Pro was “devastated” after being forced to miss a major milestone