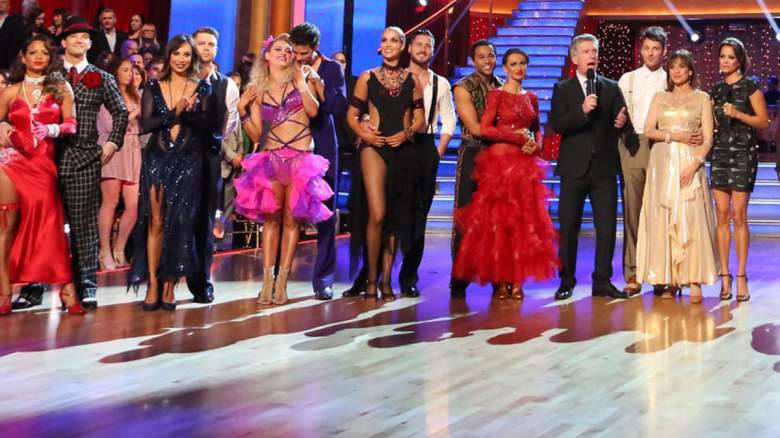 Congratulations are in order for a Dancing With the Stars cast member – Jack Osbourne has become a father for the fourth time. Check out the photos of the bundle of joy below:

He wrote, “Aree and Maple are doing great and happy and healthy.”

Aree Gearhart is Osbourne’s fiancée. The fashion designer got engaged to Osborne back in December 2021; They announced their upcoming bundle of joy on March 22, 2022 in an Instagram post in which Osborne wrote, “Exciting news!!! @seecreature and I are expecting a baby this summer! Baby number 4 here we come!”

Aree posted her own birth announcement on Instagram with a different photo of the newborn. She wrote: “My soulmate, Maple Artemis Osbourne, joined us on Earthside on July 9th, 2022 at 8:07pm. New level of love unlocked.”

Osbourne has three children from his previous marriage to Lisa Stelly – three daughters named Pearl Clementine, 10, Andy Rose, 7, and Minnie Theodora, 4. They also lost a child during the pregnancy who would have been born between Pearl and Andy. It was a birth they would have called Theo, Stelly wrote on her blog at the time (via People).

When Jack and Aree got engaged, she wrote on Instagram at the time that she was “forever ready” with Jack and his tribe.

“Today my best friend asked me to marry him in a magical winter wonderland. I will love you forever and then some @jackosbourne. My soulmate, my adventure partner, my protector. I am forever ready for you + our tribe,” Aree wrote.

Jack’s father, rocker Ozzy Osbourne, counts baby Maple as his ninth grandchild. He has four by Jack, two by his son Louis (Maia and Elijah) and three by his daughter Jessica (Isabelle, Kitty and Harry) – Louis and Jessica are two of his three children from his first marriage to Thelma Riley – and one grandchild via his daughter Kelly Osbourne, who is also a Dancing With the Stars alum.

Jack appeared in season 17 of Dancing With the Stars opposite Cheryl Burke; They finished third behind Corbin Bleu and Karina Smirnoff (2nd) and Amber Riley and Derek Hough (1st).

Kelly appeared in the ninth season of “Dancing With the Stars” with partner Louis van Amstel. They also finished in third place behind Mya and Dmitry Chaplin (2nd) and Donny Osmond and Kym Johnson Herjavec (1st).

Kelly announced in May 2022 that she and her partner Sid Wilson of Slipknot are expecting their first child together. She revealed the big news in an Instagram post of the ultrasound image, writing, “I know I’ve been very quiet these past few months so thought I’d share with you all why… I’m beyond excited to announce that I am.” become mom. To say I’m happy isn’t quite the point. I’m excited!”

After Jack announced the birth of baby Maple, Grandma Sharon Osbourne posted her own Instagram announcement and wrote: “Ozzy and I are so happy 🌙 @seecreature & Maple are happy and healthy! @jackosbourne buckle up.”

CONTINUE READING: ‘Dancing With the Stars’ Actor Opens Up About Being an A** on TV