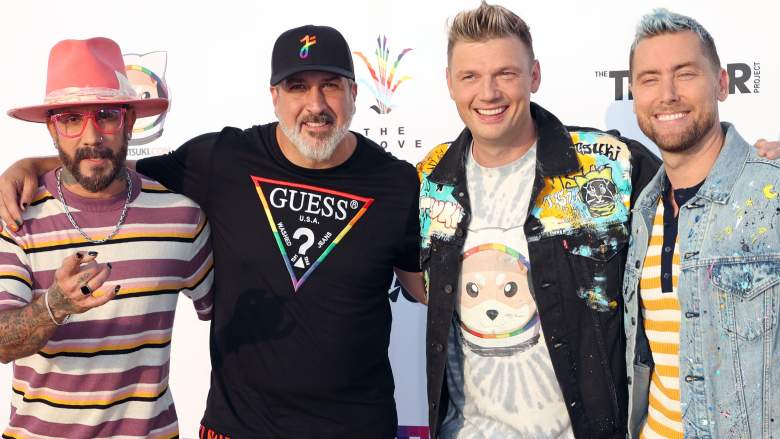 Following the tragic death of Aaron Carter on November 5, 2022, first reported by TMZ, several cast members of “Dancing With the Stars” are coming together for a great cause

Following the death of Aaron Carter after years of battling substance abuse, his brother Nick Carter and fellow boy band members Lance Bass and AJ McLean put together a star-studded event to raise money for On Our Sleeves, a national mental health organization from children. Aaron’s twin sister, Angel Conrad, will co-host alongside Bass. Bass, McLean, and both Aaron and Nick Carter are all Dancing With the Stars alumni.

According to the Songs For Tomorrow press release:

The concert takes place on Wednesday, January 18 at 7:30 p.m. Pacific Time, 10:30 p.m. Eastern Time. Tickets are available here for $129, but fans who can’t attend in person can purchase a live stream of the concert for $20.

Aaron Carter struggled with substance abuse his entire life. In 2019, he opened in an “E! True Hollywood Story (via Entertainment Tonight) about what triggered his opioid addiction — he broke his jaw in a fight and was prescribed oxycodone, which he continued to take even after he stopped using it.

After his death, TMZ reported that law enforcement told them multiple cans of compressed air were found in Carter’s bedroom and bathroom, along with prescription drugs. Carter’s body was found in his bathtub; he drowned but official cause of death is still pending, toxicology results. However, law enforcement told TMZ there was no suicide note and no evidence of foul play.

In addition to Nick, Aaron and Angel, there are two other Carter siblings. A sister named Bobbie Jean and a sister named Leslie who died of a drug overdose in 2012, according to ABC News. In addition to his three surviving siblings, Aaron Carter is survived by a 1-year-old son named Prince.

You can learn more about the organization and donate to their cause here. On the donation page, the message from the Carter siblings reads: “Thank you for choosing to celebrate the impact of Aaron Carter’s life with a gift of hope. By honoring Aaron you are helping Nick, Angel and their family to help others.”