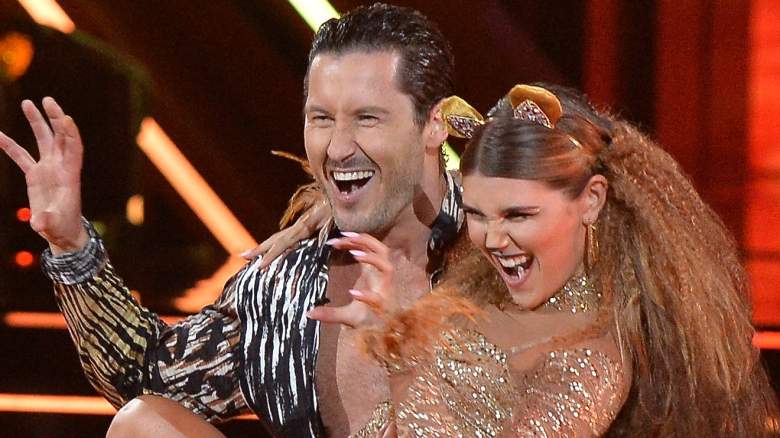 Some “Dancing With the Stars” fans are not happy with the way the jury seems to rave about Olivia Jade and rate other couples inconsistently. Here’s what fans had to say on the subject.

On a Reddit thread, a “Dancing With the Stars” fan admitted being pleasantly surprised by Olivia Jade and Val Chmerkovskiy’s first dance, but “it’s been pretty mediocre since then”.

“I’m not sure why she’s being pushed as the front runner when she’s more in the midfield of the women,” said the fan.

Regarding playing favorites, there was a report by a notable blind entertainment blogger that said Olivia Jade was guaranteed three weeks of security by the producers, which an ABC executive denied that happened.

One fan said it was more about Olivia Jade being the top judge than being overrated and wrote, “Unfortunately, I don’t think she’s overrated as she’s doing pretty well. I think the judges’ scoring is inconsistent this season and they are showing their bias so I think it’s clear that she is their front runner. I think she is overhyped, not overrated. “

Several commentators agreed, saying that she appears to be the jury favorite this season, “while Cody [Rigsby] seems to be on their hate list. “

But another fan on Reddit noted that the problem is that the judges are overrating everyone. They said that if dancers like Iman Shumpert or The Miz or Brian Austin Green get 7s and 8s then Olivia Jade should get a 9, even if that seems too high, and you said, “She’s one of the better dancers this season. … do I think your dance earned three nines last night? Absolutely not. But if you give the Miz and Iman 8’s or BAG a 7, then yes, she deserved 9’s. It is not the candidate that should be criticized, but the judges’ lack of consistency.

Another commenter said she found Olivia’s and Vall’s jazz routine for Disney Villains night “looked messy,” to which someone replied, “It pisses me off because she doesn’t even deserve to be on the show. I don’t care that it’s been 3 years, she never apologized or held accountable, just saying that she was “part of a scandal”. Absolutely not a fan. “

This refers to her parents, actress Lori Loughlin and designer Mossimo Giannulli, who fraudulently admitted her to the University of Southern California as part of the college admissions bribery scandal.

But another commenter found it unfair to say that Olivia Jade was overrated just because you don’t like her, and wrote, “I think she’s doing great and I was very impressed … people don’t like Olivia for obvious reasons. It’s that simple that and that is perfectly fine, but to say that, she is exaggerated and overrated, just looking at the dancing I think is wrong. “

But someone else replied that this was just another example of her privileged life and wrote: “I am annoyed that the girl who was scandalized because of her privilege is once again receiving all the privileges in the world [from the judges]. “

This isn’t the first time fans have wondered about Olivia Jade’s place on the show, and some wanted her to be eliminated before they even saw her dance.

What do you think, fans? Is Olivia Jade the real deal or is she getting disproportionately high marks from the jury?

CONTINUE READING: Former pro would return if asked “Dancing With the Stars”