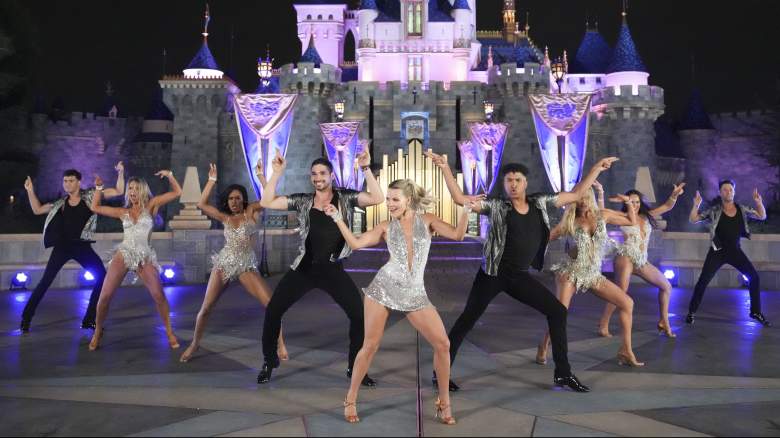 Some ‘Dancing With the Stars’ fans are sad after the season’s first episode resulted in a couple being sent home after only dancing once in the ballroom.

SPOILER WARNING: This post contains spoilers for the season 31 premiere of Dancing With the Stars. Don’t read any further if you don’t want to know who got sent home at the end of the season premiere.

At the end of the season premiere, professional dancer Peta Murgatroyd and her partner Jason Lewis were at the bottom of the judges’ rankings and were eventually sent home after finishing in the bottom two with Teresa Giudice and her partner Pasha Pashkov.

Viewers took to Reddit to talk about how they felt about the elimination.

“I’m heartbroken for Peta,” one person wrote on Reddit.

Another person commented, “I have a feeling we’re going to have a lot of heartbreaking eliminations towards the end of the season.”

Others thought the elimination should have happened later in the season.

“They should have held the elimination until next week,” one person wrote.

Another wrote: “Damn. Peta had her “return” for a full five seconds lol.”

Murgatroyd was not part of the 30th season of the competition.

Some people thought Teresa should have been sent home because of Jason.

“I think Jason should have been saved Ngl,” read one comment.

another tweeted, “First week eliminations should be illegal. @jasonnewis sorry you had to be the first to do #DWTS.”

“I wanted so badly for Teresa to be kicked out! Hope they do next week!” another tweet reads.

One person tweeted, “Theresa looked ready to cry as she stood there about to be kicked out. A small humble cake is good for her! #theresaguidice #rhonj #DWTS”

Some “Dancing With the Stars” fans have been upset that there will be an elimination on the first night of the competition.

“Really? It sucks that someone is going home already,” one person wrote. “I think week 1 should always be a non-elimination to give couples time to adjust and do more than one dance.”

Another person commented, “Wow that’s hard and too bad I wish it wasn’t.”

Others would have liked to have structured the season differently.

“Why wouldn’t they do an extra double elimination?” one person wrote. “To be eliminated in week 1 just seems unfair to me especially as it’s the first time they’ve all danced and some have harder dances than others.”

Another commented: “Tbh would have preferred another double elimination than having someone in week 1.”