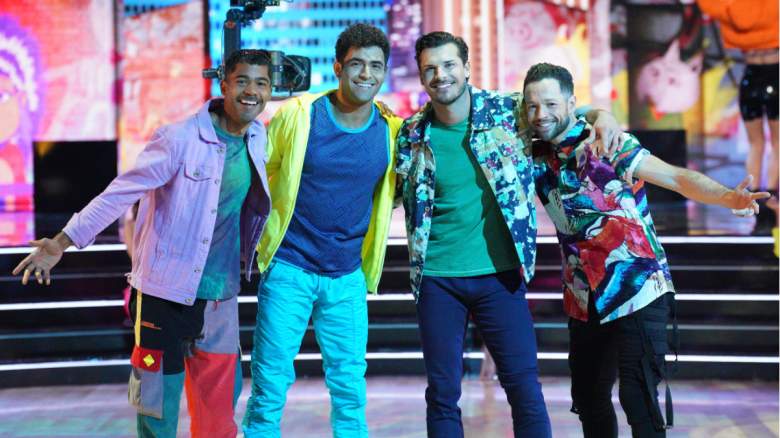 Season 31 of Dancing With the Stars premiered on September 19, 2022, and fans have already figured out who the front-runners will be.

As the celebs get to know their pro partners and vice versa, everyone is still trying to figure things out. However, there’s one partnership that fans feel bad about – and that’s Pasha Pashkov and Teresa Giudice.

“Season 31 LETSGOOOO Meet my wonderful partner @teresagiudice. See you live on @disneyplus on September 19th. For now we will continue to share our journey with you guys here on insta,” Pashkov captioned an Instagram post on Sept. 8, 2022.

Shortly after Pashkov and Giudice’s pairing was confirmed, several DWTS took to Reddit to discuss, and many people said they felt sorry for Pashkov.

The main reason many Dancing With the Stars fans seem upset that Pashkov was paired with Real Housewives of New Jersey star Teresa Giudice is that they were hoping he would make it to the semifinals – and beyond. Many longtime fans don’t believe that Giudice will have much staying power and that she will be easily out-danced by the likes of Charli D’Amelio and Wayne Brady.

“Pasha’s lineup of celebs is starting to have echoes of Emma’s first few seasons – doing unexpectedly well with a slightly older partner in your first season and then facing apparent early departures for several seasons. But at least there were two seasons a year, so more chances. Really frustrated for him that he missed out on yet another decent celebrity and also only had 1 partner under 50 in 4 seasons,” one person commented on a Reddit thread about the partnership.

“He’s awesome, give him a better chance,” wrote another.

“He’s such a nice guy and always has such a good attitude. He deserves a great partner and imo Theresa [sic] is not that partner,” read a third comment.

“That’s what stresses me the most. I wanted to see Pasha with someone like Charli, Gabby or Jessie. I think he’ll get along great with Theresa [sic]how he did so great with all his partners, but Theresa [sic] just won’t make it any further than many of these other candidates, regardless of their partner. At least that’s my prediction,” reiterated another Redditor.

Pashkov and Giudice were having fun between rehearsals and both shared some fun videos they’ve been making over the past few weeks.

However, on one particular video, fans took to the comments section to criticize Giudice’s dance moves.

“Our rehearsals are VERY serious,” Pashkov captioned the post.

DWTS fans flooded the comments section, with many saying Giudice had “no rhythm.”

“No rhythm at all!” one person commented.

“The first one got voted out,” added another.

“I love her but… she has no flow,” read another.