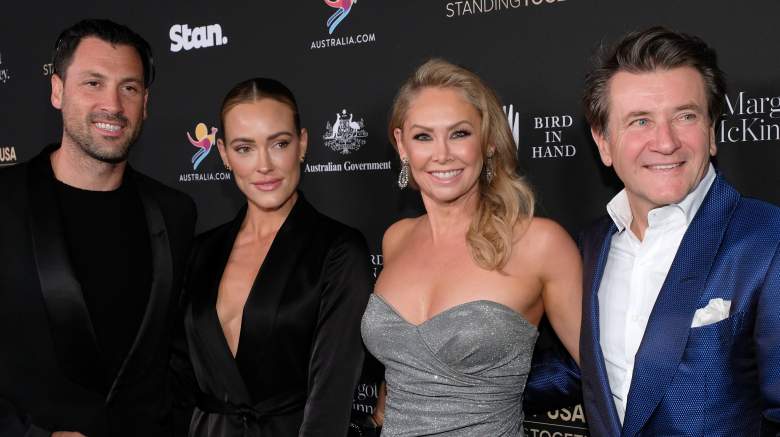 A Dancing With the Stars couple shared some big news with their fans on Friday, January 13th. Professional dancers Peta Murgatroyd and Maksim Chmerkovskiy are pregnant with their second child, which is particularly exciting for them after their miscarriages and battles with secondary infertility.

In an Instagram post, Murgatroyd showed off her baby bump and revealed they ended up with a surprise pregnancy after years of miscarriages and a failed IVF implantation.

She concluded by writing, “This news has brought extraordinary happiness to our family and we have so much to be grateful for…in June 2023.”

Murgatroyd confirmed in an interview with People that the baby was conceived naturally, which came as such a surprise after her infertility struggles.

Earlier in the week leading up to the baby announcement, Murgatroyd teased big news on her Instagram Stories. Sadly, she said that due to reasons related to her big news, she would not be able to attend her father Derek’s funeral in Australia in person.

She continued, “This is good news. Also, I had my father’s funeral, Sunday night after Shai’s birthday party. That was beautiful and terrible at the same time. I won’t go into details because I’ll start crying. Yes, I couldn’t come home for some reason you’ll learn about.”

But hopefully Murgatroyd was able to celebrate the baby news in person when she visited her father in mid-December, which was the last time she saw him before he died on December 29.

The couple have been open and candid about their struggles with secondary infertility for the past year — meaning they managed to conceive, but Murgatroyd has had three miscarriages in two years, she revealed to People in a June 2022 interview.

Then, in July 2022, Murgatroyd and Chmerkovskiy announced to their fans that they were going to try in vitro fertilization. After retrieving the oocytes, they shared that they had viable embryos and were just waiting for implantation, but then on August 23, Murgatroyd wrote on Instagram that they were thinking of “one of the happiest days of [her] life” on the day of implantation to “one of the saddest moments [she’ll] never forget” when she was told that the embryo transfer didn’t work.

Murgatroyd revealed in an interview with People shortly after the transfer didn’t work out that they would “just take a little break for a few months” before trying again.

Murgatroyd and Chmerkovskiy’s son Shai just turned 6 on January 4, and they also became aunt and uncle to a new boy born to Chmerkovskiy’s brother Valentin and his wife Jenna Johnson, both of whom are also “Dancing With the Stars” professionals are . Johnson and Chmerkovskiy have yet to announce the new baby’s name.