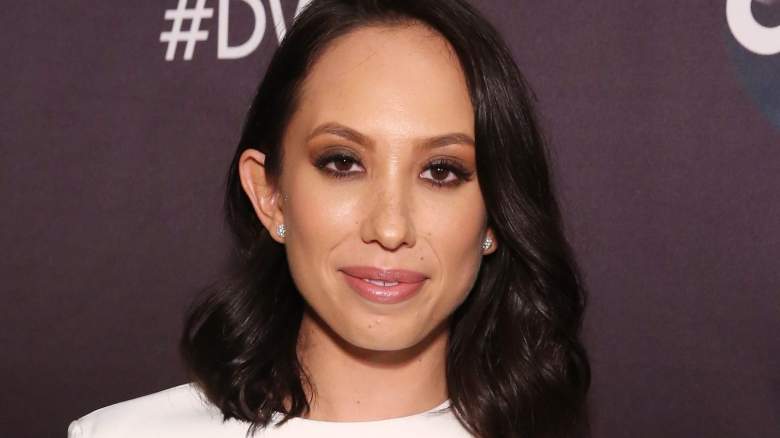 Dancing With the Stars professional dancer Cheryl Burke revealed on the Sept. 19 episode of her podcast Burke in the Game that her ex Matthew Lawrence has devastated her with the latest twist in their ongoing divorce proceedings.

Here’s what’s going on with Burke and Lawrence and why it’s making them “really sad.”

Speaking on “Burke in the Game” on Sept. 19, the professional dancer updated her fans on how her divorce proceedings went. Burke and her ex-husband, Matthew Lawrence, separated in early 2022, having married in May 2019.

Burke told her fans that things aren’t going so well at the moment because a sticking point in the divorce is her French bulldog, Ysabella.

“I know some of you have read some of the recent headlines about my divorce and the pending thing that is very true and absolutely true, which is my dog ​​Ysabella. For those of you who follow me, you know that I’m a dog mom. I love my French girl Ysabella,” Burke said.

She continued that it was “just devastating” that “somebody’s basically trying to take it [her] Dog Ysabella gone.”

Burke said that throughout their marriage she was the person primarily responsible for Ysabella, and she said the dog is her emotional support animal, so this point of contention feels “vindictive.”

She concluded by saying that while she knows she’s a busy person, especially since season 31 of Dancing With the Stars began, she makes sure to keep Isabella happy and well taken care of.

“I have to say, especially since I’ve been single and since we broke up, I’ve been [taking care of her] and she is fine. She’s healthy, she’s happy and we make it work. Yes, I know I’m busy, but I still make it. Not an hour goes by that I don’t think about this dog and I will go above and beyond to make sure this Frenchie that I love so much is happy,” the dancer said.

On the same day the podcast episode was released, Burke and Lawrence’s divorce was finalized in court, according to the Los Angeles Times. But the fight for Ysabella will continue.

The Times reports that both parties have agreed to honor their marriage contract and neither will receive child support. But custody of Isabella will be decided in court at a later date.

The couple adopted Ysabella in May 2020 when Lawrence gave Burke the dog as a first wedding anniversary gift, Burke announced on Instagram at the time. Ysabella has been on Burke’s Instagram since adopting the French bulldog.

In February 2021, just before news of Burke and Lawrence’s divorce broke, Burke posted a series of photos to Instagram to highlight Ysa’s “many personalities.”

She also let Ysabella participate in her photoshoot for her Bailey Blue clothing line, writing on an Instagram video of the outtakes, “Turns out letting your dog participate in a photoshoot isn’t as easy as it looks… Check out more behind the scenes from creating my line with @baileyblueclothing and our photoshoot on my channel! Search for Cheryl Burke in your YouTube app or on YouTube.com. Cheryl Burke loungewear is available now Baileyblueclothing.com/cherylburke! Frenchie loungewear coming soon?!?!?!”