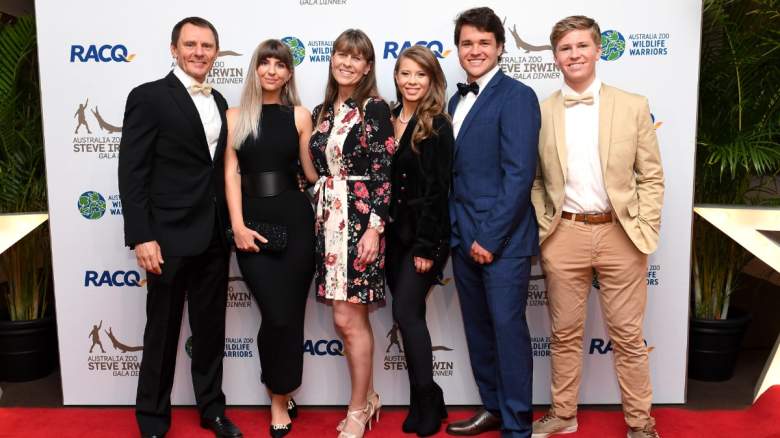 Bindi Irwin, Dancing With the Stars champion and star of Crikey! It’s the Irwins,” she wrote on Instagram in a heartfelt letter to her one-year-old daughter, Grace Warrior.

“My love, there is so much adventure waiting for you on the horizon, a whole world where you can create positive change,” she wrote alongside photos of her holding her daughter at the beach. “Until then, I will carry you and be there to encourage your every dream.”

The Irwins were holidaying in Tasmania and Bindi shared a cute compilation video of their adventures with baby Grace on the beach and trails alongside Bindi’s mum Terri Irwin and her brother Robert Irwin.

“Creating the best memories,” Powell commented on the video.

Irwin and Powell welcomed Grace on March 25, 2021, just a year after the couple tied the knot in an intimate ceremony at Australia Zoo.

Alongside the video, she shared a compilation of pictures.

“Grateful for every smile, every laugh, every moment we share,” she wrote.

Bindi shared a photo of herself hugging her father while he smiled at the camera on May 16, 2022.

“My ray of light through life. 💛,” she wrote alongside the picture.

According to Biography.com, Steve died on September 4, 2006 at the age of 44 after being stung by a stingray.

In addition to the tribute, Bindi told People that she is proud of her mother for keeping Steve’s legacy alive.

“[Mom] has managed to raise two young children, looking after Australia Zoo and keeping it running, ensuring dad’s legacy continues and has kept up with all of our conservation work on a global scale,” she told the outlet . “I’m speechless. I don’t know how she did it all. She’s such a strong superwoman.”

She said that her mother was basically a “superwoman.”

“I probably tell my mom every hour how much I appreciate everything she’s done,” Bindi told People. “Dad died when we were very young. She is such a strong person and she had to raise me and Robert mostly on her own. I can’t begin to tell you how much respect, pride and gratitude I have for my mother.”

The conservationist also acknowledged her parents’ love for each other. Posting a photo of the two together, she wrote, “30 years of love story inspiring the world.”

In a video Irwin posted to Instagram, the parents smile for the camera while Grace walks around saying “Dada.”

“My heart when Grace says ‘Dada’,” Irwin wrote for the caption.

Fans loved the video and took to the comments section to wish the family well.

“Your family is amazing and must love this Australian-American unit too!” one person wrote.

Another person commented, “Grace is just so precious and beautiful.”