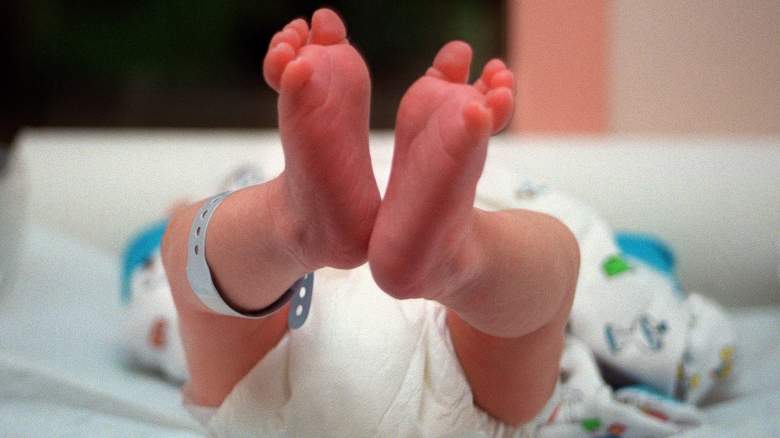 Dancing With the Stars champion Jordan Fisher has welcomed his first child alongside his wife Ellie Woods Fisher.

Fisher announced the welcome of his first child with a sweet video documenting Wood’s pregnancy and the birth of their first son.

“What a journey that has been,” he wrote. “We are so incredibly blessed to meet our firstborn.”

Fisher won season 25 of Dancing With the Stars. During his time on the show, Fisher teamed up with Lindsay Arnold as his professional dancer, and they eventually walked away with the win at the end of the 2017 season. Since then, some fans have stated that he should return to the show as the host.

After Arnold had their first daughter, Sage, Fisher was able to meet her and spend some time together. He told Heavy that he hoped he and his wife would have a child of their own soon and hoped the trip would help with that.

“We went and stayed with them for about a week after she had the baby,” he told us in March 2022. “We thought maybe through osmosis we might get pregnant.”

They officially announced their pregnancy in December 2022.

On December 14, 2021, Ellie made a video of herself giving Jordan a new jacket that said “Dad.” In the jacket pocket was a positive pregnancy test. In the video, he immediately started crying.

They also included a gender reveal in the video.

Fisher captioned the video, “And the journey begins…we can’t wait to meet you.”

Fisher has officially started a new project, teamed up with GameSquare and landed a starring role in a new romantic comedy.

Fisher will serve as creative advisor for the original IP development at Fourth Frame Studios, a content production and creative execution studio owned by esports and gaming company GameSquare Esports, according to Deadline.

The studio plans to “create and produce culturally relevant content for clients across a range of industries,” reports Deadline.

Fisher will work in the company’s TV and streaming divisions.

Fisher plans to use his love of gaming to help him succeed in his new role.

“I’ve been gaming my entire life — it’s been a great way for me to connect with friends, family and my fans,” Fisher said, per Deadline. “As the original IP consultant at Fourth Frame Studios, I am uniquely able to combine my passion for games with my expertise in film and television to create meaningful and authentic programming beyond today’s more traditional platforms.”