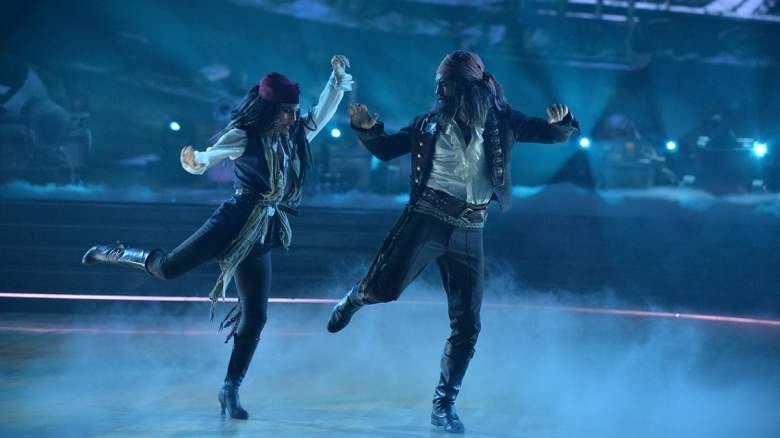 Dancing With the Stars graduate Brian Austin Green is having a baby with professional dancer Sharna Burgess, but he was previously married to actress Megan Fox.

Burgess and Green appeared together on Nick Viall’s podcast, The Viall Files, where they discussed their relationship and their future together.

When asked how he handled things after his relationship with Fox ended and their co-parenting began, Green said he needed to work through some aspects of his own personality.

“Honestly, it’s an everyday thing,” he said. “There are certain days when you’re like, ‘I’m fine, I’m not affected by this,’ but then you wake up some days and it just kills you.”

He shared that the “big thing” for him is therapy.

“I was really trying, instead of looking at what went wrong in that relationship, to figure out what I didn’t really like about myself and what I wanted to improve for my next relationship,” he told Viall.

He added, “And I really chose not to look at that situation as a failure at all because it was a 15-year relationship with three beautiful kids.”

Green said he doesn’t view the relationship as something that fell apart or went wrong.

He also spoke about creating different schedules for their children based on work schedules and never keeping his child away from their mother.

“We’re trying really hard, rather than judging work or travel … we’re really trying to communicate and share dates,” he said, adding that he likes to keep things flexible so the kids always “win.”

Green also spoke about post-divorce healing before finally moving on with Burgess.

“You know, you can’t go into a new situation with someone and expect them to move on from everything they’ve experienced or been through,” she said. “You know, Brian had a very different life with another person and babies, and I can’t expect that to just be like, ‘Well, now my top priority is what I need is that thing.'”

She said she wanted to meet and support Green.

“These people will forever be a part of his life, so I can’t wait not to include them as well. But there is no comparison, and why should you compare? Because that obviously didn’t work for a reason,” she said.

The dancer added, “I can just focus on what I can control and who I am and show him that and be there for him.”

Her only advice was to be transparent and keep no secrets from your partner.

“But the idea of ​​comparing yourself to anyone leads to failure,” she concluded.