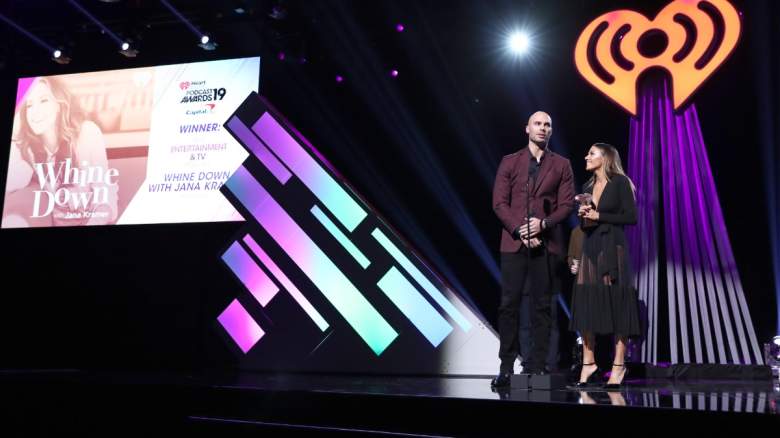 Jana Kramer, country singer and “Dancing With the Stars” alum, divorced her now ex-husband Mike Caussin in 2021. The star then dated Ian Schinelli, although the couple have since split. Kramer has been open about how she feels after the breakup.

Kramer, 38, announced in April 2021 that she and her husband, 35, were officially ending their marriage.

“I fought you guys,” she wrote in a statement at the time, per Us Weekly. “I loved very much. I have forgiven I put the work in. I gave everything I have and now I have nothing left to give.”

Kramer later revealed that she was dating Ian Schinelli, whom she met at a mutual friend’s party in October 2021. Now the couple has split, she said in an interview with Access Hollywood on April 22.

“I think time is a beautiful thing and just knowing that God has bigger plans in store for you,” she told the interviewer.

Over a year after the split, Kramer revealed that she still feels “emotionally drained” following her split from Schinelli. She spoke about the divorce and breakup during an episode of the It Sure Is a Beautiful Day podcast to host Catt Sadler.

“If I really love myself, I will never settle for anything again,” she shared. “I give people a lot of grace and I understand that people make mistakes. But there are certain boundaries that I’ve just been so bad at sticking to.”

She also said she knew she would recover from the breakup.

“I think about it in a way [if] My divorce didn’t kill me, so nothing will kill me,” she said at the time. “It was one of the hardest things I’ve ever had to go through, it was excruciating and incredibly painful. I don’t wish it on anyone, but it was also the most beautiful rebirth and I’m so lucky I went through it because now I can really pay attention to what I want.”

Kramer completed a half marathon on April 23, 2022. She first posted about it on Instagram alongside a photo with her kids.

“I did it!!! 13.1 miles. Lots of emotion after that,” she wrote. “Will write more later because honestly I can’t even move my fingers.”

In a separate post, Kramer shared more about her run.

“Mile 3 I had a full blown ‘I want to end the anxiety attack, I can’t’ talk to myself,” she wrote. “I let my mind get the best of me…all the self-doubt and things that weighed on me won out, but I made a promise to myself that I would end it.” I worked hard for this. I didn’t get the time I wanted but I worked really hard to get to the finish line.”

She also said she would prove it to herself over and over again, and she sang worship songs for the last 6 miles.

“Lesson learned is life, love, and healing is not a sprint…it’s a marathon and based on yesterday I can run a marathon. (At least half… but you know what I mean),” she concluded.

CONTINUE READING: DWTS pros may have given clues as to the Season 31 cast