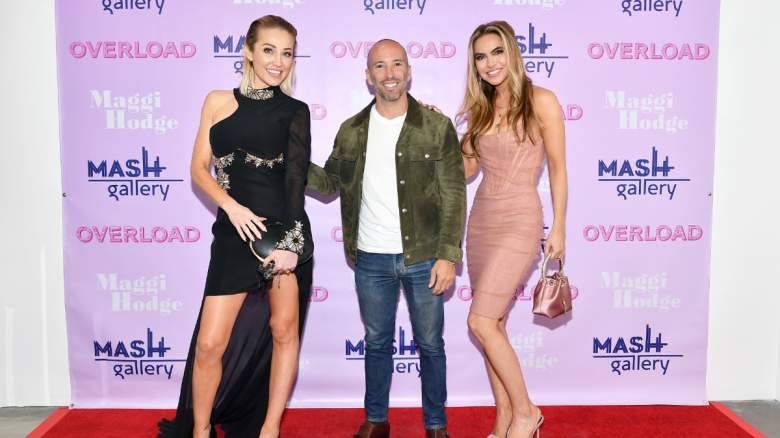 ‘Selling Sunset’ star and former ‘Dancing With the Stars’ contestant Chrishell Stause almost didn’t continue her career in reality TV after a turning point in her life.

In a new interview on the Lipstick on the Rim podcast, Stause revealed that she almost left Selling Sunset after her ex-husband Justin Hartley told her he was looking for a divorce.

“It was obviously very humbling and the fact that I had to film another reality show was either that or quit,” she said on the podcast episode. “But all of a sudden I just lost everything and I didn’t want to lose the one thing I’ve worked really hard for, which was my job and a new career, so I pushed through.”

On the podcast episode, Stause said she is proud of herself for sharing her story.

“This show is coming out [and] People then connect with me in the middle [the coronavirus] Pandemic and sharing their stories with me has completely changed my attitude about being open about things,” she said. “I think transparency is so much better than trying to pretend life is perfect.”

Since their divorce, Stause has dated Dancing With the Stars pro Keo Motsepe and her co-star Jason Oppenheim, although they have since split. The latter breakup happened recently, prompting Stause to jokingly ask for prayers ahead of the cast’s reunion.

According to Page Six, the couple split after Oppenheim revealed he didn’t plan on having children in the near future, but Stause didn’t want to wait any longer.

“#SellingSunset is the #1 show in SO many countries right now – amazing,” she wrote on April 23, 2022. “The reaction is always a mixture of love and hate but honestly you make the show a huge hit , by debating which side you end up on, and I love you for that either way!”

She then added a joking request for prayers.

“The reunion show will air on @netflix on May 6th. Please say a prayer for us… and swipe to see a closet update and a few looks you’ve asked for,” she wrote in the post.

On an episode of “Selling Sunset,” Stause said Hartley texted her to say he was going to file for divorce, and that’s how she found out.

“We had a fight that day [he filed] on the phone and I’ve never seen him since,” Stause said in the episode. “We didn’t discuss things and before we had a chance to figure things out, he filed. I found out because he texted me that we signed off. Forty-five minutes later the world knew.”

She said she was in shock at the time.

“I’m just kind of in shock from all of this,” she said in the episode. “I’m trying to keep it together but it’s just a lot at once because everyone around the world knows how I knew at the same time? Have you ever been knocked over by a wave and don’t know how to swim to get back up?”