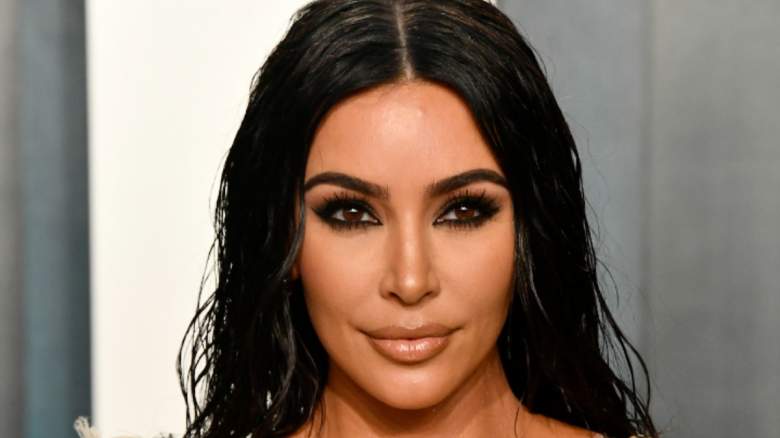 On May 16, 2022, Kim Kardashian was named one of four cover models for the 2022 Sport Illustrated Swimsuit Issue.

The reality TV star attended a photoshoot for the publication and first appeared in the swimsuit issue aged 41. Kardashian had her glamorous shoot in the Dominican Republic with photographer Greg Swales, according to the outlet.

The vision for Kardashian’s shoot was less traditional than swimsuit issue shoots of the past. The outlet states that the stylists wanted the result of the shots to have a “futuristic” vibe, and that a few different props – including a motorcycle and a surfboard – were used to achieve that goal.

“The world may label them in a way, but we want to turn our lens on all the ways they see themselves and how they make themselves their own.” No matter your age, whether you’re a new mom, partner, sister, entertainer, athlete, entrepreneur, advocate, student, mentor, role model, leader, dreamer—or all of them—we want these women, theirs, to celebrate evolution and the many Dimensions of who they are,” explained MJ Day, Editor-in-Chief of SI Swimsuit.

Shortly after Kardashian’s photos were posted, fans took to Reddit to discuss them.

In the photo chosen for the Kardashians cover, the Keeping Up With the Kardashians star appears in a tan thong bikini, complete with full-sleeve gloves of the same color. She posed with part of her body in the water while resting her gloved hands on a rock formation in front of her.

Several fans were confused by the flesh-colored gloves.

“Petition to ban gloves. Why are there gloves with an SI shoot,” one Redditor commented on a thread accompanying the photos.

“I’m so blown away by the weird sunglasses and gloves – and what’s with the helmet?” someone else added.

“Okay, really, WHAT ABOUT THE GLOVES?!?! The cover is nice, the hell they all are, but she’s wearing gloves. It’s just so weird,” read a third comment.

“Wait, those are the gloves in the first picture,” asked a fourth Redditor.

In some of the other photos, Kardashian wore a black bikini and arm gloves as she sat on a surfboard.

Gloves aside, some Kardashian fans weren’t on board with the “futuristic” vibe and didn’t like that the star was wearing and/or holding a motorcycle helmet in some of the photos. She was also criticized for the different sunglasses she wore during the shoot.

“What the hell is the subject?!? Is it surfing a river with a helmet on your head?” one person asked sarcastically.

“I always paddle without a paddle wearing latex gloves and a helmet,” read another sarcastic comment.

“What about the helmet and goggles? No more Kanye Kim. When she shows her natural self, she is much more sensual and seductive. And comes across as more confident and comfortable. That’s your look, Kim. Come on,” read a third comment.

“I hate this styling. The black bikini on the surfboard looks so good but then the helmet ruined it ugh,” another wrote.