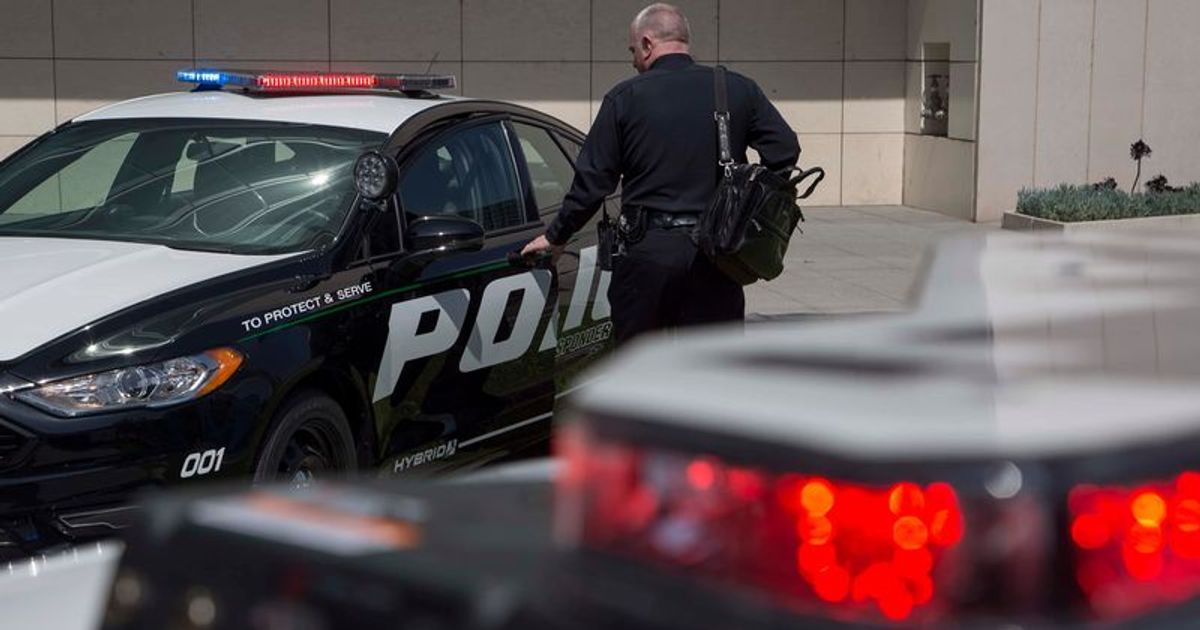 The gang of six took the Brit’s Rolex and his girlfriend’s Michael Kors watch, then fled the scene in a Rolls Royce

WEST HOLLYWOOD, LOS ANGELES: A British Lamborghini owner was caught on camera screaming “Black b******s” after a gang stole two watches from him and his partner, including a Rolex worth from $19,000. The robbery happened on May 9, Monday morning, in West Hollywood, the unidentified man repeatedly shouted obscenities while cops and his girlfriend tried to calm him down.

The gang of six took his Rolex and her Michael Kors watch, then fled the scene in a car even more luxurious than her $300,000 Lamborghini Auris. The unidentified shirtless man with brown hair and a trimmed beard was pulled into the back of a Los Angeles Police Department truck while his girlfriend, who was wearing a beige dress and sandals, spoke to officers, according to video purchased by DailyMail.com.

The man can be heard screaming throughout the video, probably using the “N-word” at one point and calling thieves who stole his and his girlfriend’s expensive watches “black b*****ds”. He was shirtless and had a tattoo that read “UK Made, Cali Paid” on his side.

“Please calm down baby, please, please calm down,” the girl pleads, and “Just breathe, baby, breathe.” The girl can be seen crying as she returns to her Lamborghini at the end of the video. Officials with the Los Angeles Sheriff’s Department claim the pair were robbed of a $1,000 Michael Kors watch and a $19,000 Rolex.

According to sheriff’s officers, the couple were returning to their vehicle early Monday morning after an argument in a parking lot on West Hollywood’s Sunset Strip when they were approached by up to six people driving a black Rolls Royce around 1 a.m., KTLA reported . The perpetrators then attacked them before stealing their watches, the female victim informed the Los Angeles County Sheriff’s Department. According to Sergeant Joana Warren, one of the suspects was injured in the attack.

Officials in Los Angeles are now trying to locate the suspects, who are described as black men in dark clothing, fleeing south near Larrabee Street in a black Rolls Royce. They’re also looking for neighborhood surveillance footage.

But Monday’s raid is just the latest in a rising spate of jewelry and handbag thefts in the city’s most affluent neighborhoods, according to police, who claim some of those arrested are only being released for similar crimes.

As the violent crime tide in the city worsens, officials are now advising residents to leave their flashy jewels at home to avoid being targeted by criminals, and Assistant District Attorney George Gascon has issued a public statement saying the Residents reminded to secure their cars.

According to the Los Angeles Police Department, property crimes are up 12.3% year over year, while violent crimes are up 7.5%. Robberies increased by 18.8% and burglaries by 9.5% in the City of Angels from January 1 to April 30 compared to the same period last year.