Drew Barrymore reaches out to Chip & Joanna Gaines on Instagram 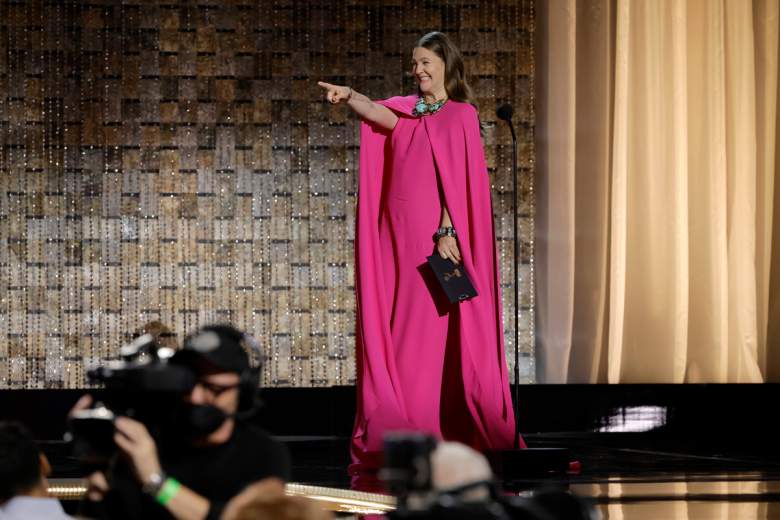 When Drew Barrymore is in the midst of a massive home renovation mess, she does what any other DIY designer would do: she calls out Chip and Joanna Gaines for help. However, unlike most homeowners, she’s actually able to call upon the former HGTV stars when she needs their encouragement!

Barrymore has redesigned and renovated her New York City apartment, including tearing out her pink and green retro kitchen. In August 2021, she shared a mood board for the space with design elements that reflect her personal, eclectic style. It’s not clear what space she’s working on right now, but it’s obviously a tall order — and one that sometimes calls for backup from her famous friends.

On July 21, Barrymore posted a behind-the-scenes video of her home renovation. In the clip, she said: “Chip? Johanna? It’s demo day” — the couple’s catchphrase for the days on Fixer Upper: Home Makeover, when their crew tears apart the rooms they’re trying to renovate.

The video then showed Barrymore looking stressed, whimpering and moaning as she rotated the camera around the ruined room she was in. “Ohhh, Chip and Jo,” she whined. “Do you sometimes feel like this in the middle of a project?”

And as if by magic, her fairy godmother appeared – at least on Instagram. Joanna commented, “I feel you Drew!! Keep your vision in mind and keep fighting through the chaos! It will be so beautiful and worth it!!”

Maybe Joanna thought she owed Barrymore a favor. When she and Chip appeared on The Drew Barrymore Show on April 4, 2022, Barrymore hired comedian David Letterman to record a video for Joanna admitting he’s in love with her celebrity crush.

“Drew and David in one day? I’m done,” Joanna quipped.

The renovations at Barrymore’s apartment weren’t all screaming. During what she called “Part 2 of the Renovation,” she shed a few tears of joy when she broke through a wall and discovered a window that had been covered by the previous owners. Barrymore shared the video on June 22, in which she revealed she felt there was a hidden window.

Discovering it and seeing the stream of light through it was emotional for Barrymore, who said, “It’s just so hopeful. Where something can be so covert and dark, you can pry it open and create light.”

Though other parts of her home may still be under construction, in August 2021, Barrymore shared photos of her finished kitchen, filled with vintage treasures, dark green paint, and small collections of spices and crockery.

Barrymore is making a name for itself beyond its own walls in the home decoration industry. She launched her own homeware line called Flower Home at Walmart in 2020, and her show includes “Design With Drew” segments, a partnership with design expert Mikel Welch to transform viewers’ spaces. She also just published her little yellow book of favorite design products on the market.