‘Dragon Girl’ Amber Luke reveals she’s been discriminated against after $250,000 worth of face tattoos and piercings 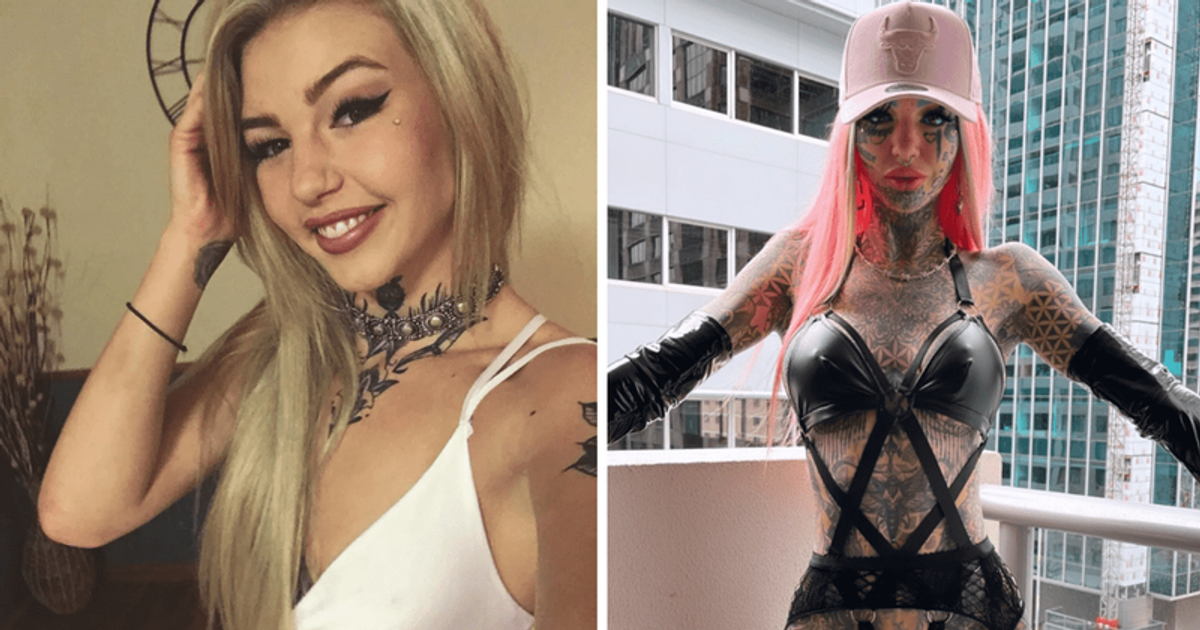 “They won’t look at my work ethic,” Amber Luke, who spent $250,000 on tattoos and piercings, said of potential employers

An Australian model who underwent a stunning transformation, turning into a heavily tattooed adult model, has revealed how extreme tattoos and facial piercings have changed her life.

Amber Luke, 27, commonly known as “Dragon Girl,” spent a whopping $250,000 on tattoos, piercings and surgeries to achieve the look she’d always wanted. But now, instead of public recognition, Luke faces brutal discrimination, even in the workplace as a result of her transformation.

Amber Luke sat down for a chat with Brisbane radio show Robin, Terry & Kip last week, during which she revealed how having 99 tattoos covering 99 per cent of her body completely changed her life. “I get tattooed very heavily, but I don’t harm anyone,” she told radio hosts Kip Wightman, Robin Bailey and Terry Hansen.

She said everyone is entitled to their opinion, but her heart hurts when people make nasty comments about her looks, especially when they say she ruined her good looks with heavy tattoos. “Everyone has their own opinion of what beauty is,” she said. “You see these cultures [where people] stretch their necks, their ears, their lips. But at the end of the day we are all entitled to our opinions and that’s okay.”

She continued, “But what annoys me is when someone expresses their opinion in public and comes up to me and says, ‘Oh, you’re ugly’ or ‘You’ve ruined yourself’… it’s very disturbing knowing that people have these strong opinions and can just speak them out with no consequences.”

During the conversation, Amber also revealed how it became impossible for her to get a job after her transformation. “I’m not going to sugarcoat it, it limited me [employment] Options, but that’s fine,” she said. “Because the way I see it, I don’t want to work for a company that’s superficial [and can’t] Look at my picture. They don’t look at my work ethic, they don’t look at my morals or my values ​​or what I have to bring to the table.”

Luke previously told Studio 10 that she got her first tattoo at the age of 16 and how it became a huge milestone in her life. She described the pain as “excruciating” when she had the procedure repeated, as the modifier had to cut through scar tissue. “The experience I had made me extremely resilient and so strong. I gained so much knowledge about anatomy,” she said. “I was in shock so many times. I’ve had seizures – and I’m not epileptic.”

The OnlyFans model was once left blind for 3 weeks after injecting blue ink into her eyeballs during an excruciating 40-minute procedure. Aside from her tattoos and piercings, Luke has spent $70,000 on extreme body modifications — from breast augmentations, cheek and lip fillers, and a Brazilian butt lift to more “unique” mods like pointed implants in her ears and a cleft tongue. She revealed that getting inked on her body is like a process for her to release negative energy as it has helped her feel more comfortable in her body and helped her fight mental stress.