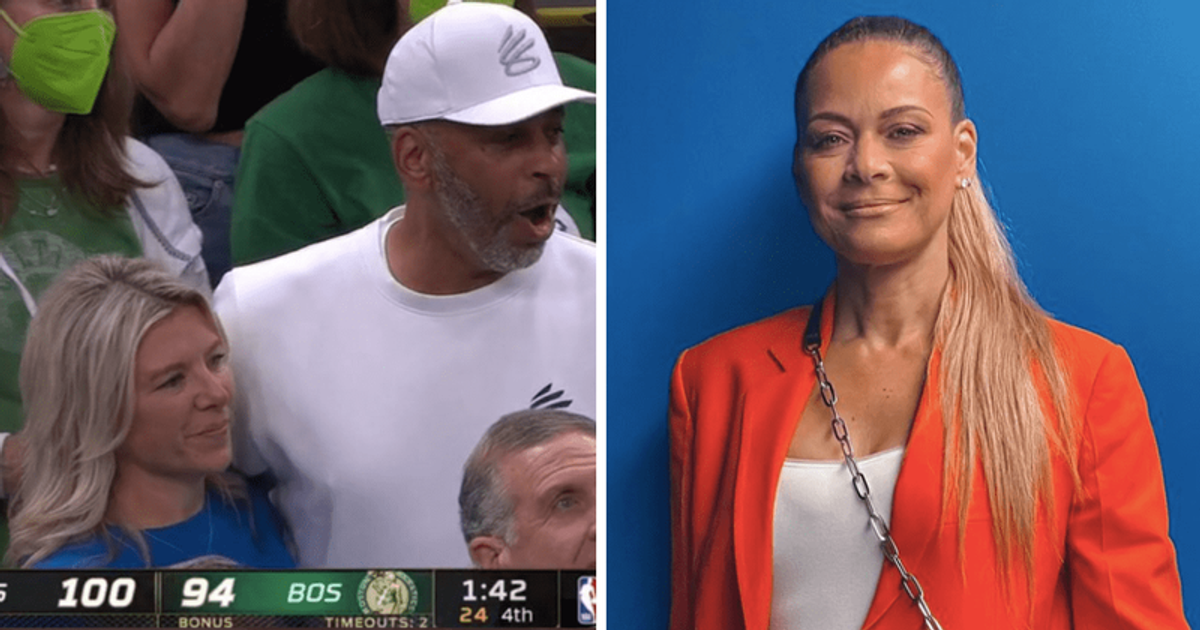 Dell Curry last year had an acrimonious divorce from Sonya, to whom he was married for over three decades before the divorce, amid allegations of infidelity

Although Game 4 of the NBA Finals on Friday, June 10 was pretty exciting, it was Stephen Curry’s father Dell and his alleged new girlfriend who stole the show. The appearance comes after reports that Dell and his former wife Sonya are divorcing after more than three decades of marriage. The split was acrimonious as each accused the other of infidelity in their divorce papers.

Sonya had claimed that the 57-year-old former professional basketball player was involved in “illegal sexual misconduct” during her relationship with several women. But Dell accused her of cheating with Steven Johnson and ex-tight end with the New England Patriots. He also claimed that the 56-year-old preschool teacher had “lived with Johnson, 56, in his 11,674-square-foot apartment in Bristol, Tennessee, since she and Dell Curry split in March 2020” — a claim by Sonya refuted.

When the two announced in August 2021 that they were ending their marriage, they told PEOPLE: “After considering and giving thought to a trial separation for the past year, we have decided to end our marriage. As this comes with much sadness, our focus and desire is for the continued happiness of our family. We are so thankful for all the many blessings and achievements! We remain committed to and support our children and grandchildren and will remain on connected paths. We ask that you respect our privacy and pray for our families as we move forward.”

One person said, “He’s getting whiter and whiter… I’m not sure what he’s going to get next.” Another person remarked, “Wow that’s his boo?! Wow after this fine woman?! Dude fell off quite a bit.” One tweet read, “The demotion but I think he saw what it’s like out here and went after someone his age.” “Dell Curry Chick looks like she’s a Stunt double in White Chicks,” joked one user. Another user said: “Dell Curry watches Black Excellence while being hugged by a Caucasian woman???”

“Is that the rebound? What a disappointment in choosing his companion he really needs to mourn… lol,” read one mean comment. Another tweet read: “Sometimes you gotta be with someone who doesn’t give you drama. Interestingly, she went to the game without her makeup on like any other rich guy woman.” “Just remember Sonya and Dell Curry left for white people,” read one tweet, and the second added : “Dell Curry has to drop his girlfriend off at Walmart for her night shift now that the game is over.”