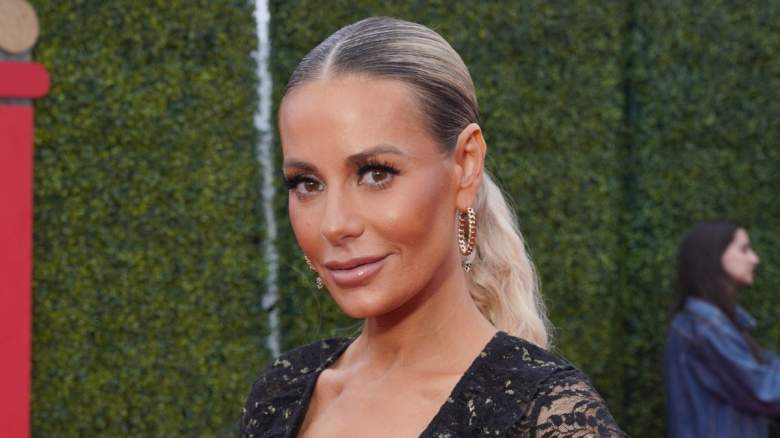 The Season 12 premiere of The Real Housewives of Beverly Hills was dominated by the traumatic break-in into star Dorit Kemsley’s home, during which she claimed a burglar put a gun to her head. However, a comment Kemsley made in the season 11 episode about dodging a bullet received mixed reactions from RHOBH fans.

Lisa Rinna, Erika Jayne and Garcelle Beauvais all tested positive for COVID-19, and viewers subsequently saw Kemsley discuss her symptoms on a video call with Rinna. Then, in a confessional, Kemsley added: “Just when you think you’re done with COVID, Omicron comes along. You know, Lisa, Erika, and Garcelle all have COVID. Luckily I managed to dodge the bullet.” Then she paused and added emphatically, “this time.”

The comments caught the attention of some RHOBH fans, who were confused by their use of the phrase, while others came in for the Bravo star’s defense.

Kemsley’s comment drew some mixed reactions from RHOBH viewers, with some saying it felt odd to say that after going through it, while others felt it was an innocent expression. One person tweeted: “I managed to dodge the bullet. This time.’ ~Dorit who is said to be suffering from PTSD after allegedly being held at gunpoint #RHOBH.” Another tweeted:

Someone else tweeted, “Dorit how could you say ‘dodge the bullet’ knowing what we know Kyle knows Sutton supposedly knows you went through?!” However, the comment was shared on Reddit , where several fans came to Kemsley’s defense.

One person wrote: “People can use humor to process their trauma and it can come across as uncomfortable. I feel like there are other questionable aspects to the story, but for me that’s not one of them.” Someone else said, “Honestly, I thought she said it because she tested positive last season, and then a few days later in this episode. I didn’t realize at all that it was an indication of the burglary.”

Someone commented, “I’m the queen of black humor so I get that as a processing tool.” Another agreed, “I don’t know. It’s such a common slang term.” However, another Redditor slammed Kemsley, “So I assume she’s better now? Or do we see a retraumatized Dorit when we meet again. Queue tears in 3,2,1…”

Kemsley’s home in Encino, Calif., was burgled in October 2021 while the RHOBH star and her two young children were at home. Kemsley’s husband, Paul “PK” Kemsley, was out of the US at the time and then flew back to his family.

On RHOBH, Kemsley emotionally shared with her castmates what happened, explaining that masked men smashed through a glass door. “When he saw me he panicked and he rushed at me, grabbed me, put me down [and yelled], ‘Get on the damn floor! I’m going to fucking kill you!’” Kemsley declared. “[He] held out a gun and I just bent over, sobbing and saying, ‘Please, please, I have little babies. please i am a mom Please, I’m begging you, my kids need me.” I begged him, begged him, and the other guy was like, ‘Fuck it, just kill her. Just damn it, kill her.’”

However, the LAPD has not confirmed at this time whether Kemsley was held at gunpoint, but stated in its press release, “Both suspects made threats of murder.” [the victim] as she begged for her life and the lives of her young children. Fearing for their safety, the victim complied with the suspects’ demands and referred them to valuables. The suspects took high-quality handbags, jewelry and watches.”