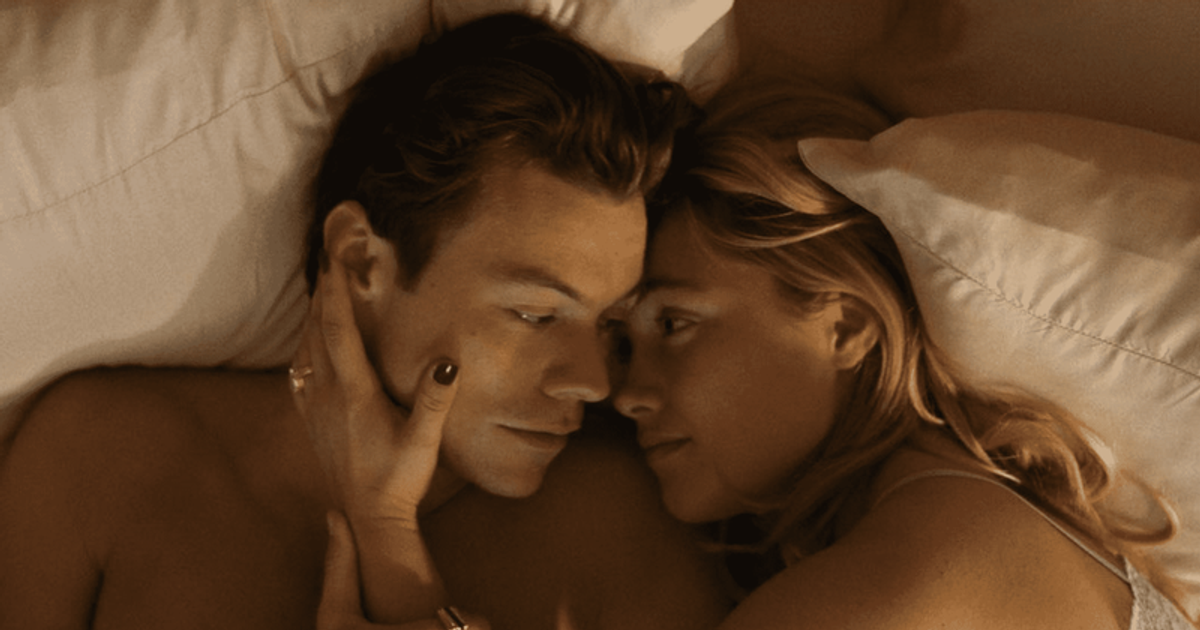 The main character in the upcoming Don’t Worry Darling movie will be played by none other than former One Direction member Harry Styles. Fans are undoubtedly thrilled with the news. However, given that 28-year-old Harry has multiple tattoos, preparing him for the film, particularly the intimate love scenes with his screen wife, 26-year-old Florence Pugh, was exhausting.

The musician has around 60 tattoos covering his arms, legs and chest. Each of his artworks had to be color corrected by makeup experts. The makeup artists first applied red pigment over the black and then added a green color. Finally, the tattoos were sealed with powder and a creamy foundation was used to conceal them completely.

The film tells the story of a housewife from the 1950s who lives with her husband in the utopian experimental society. Jack (played by Harry) and Alice (played by Florence) are the married couple in the film, while Bunny is a person played by Olivia Wilde herself. This film will make its Venice Film Festival debut later this month. Florence is said to be mad at Olivia Wilde because it is known Olivia had an affair with Harry while getting engaged to her fiancé Jason Sudeiki, 46. Olivia and Jason were married in 2012 and they share two children: Otis, 8; and daisies, 5.

In January 2021, Olivia and Harry attracted media attention after they were spotted arm in arm at his manager’s wedding. Although it has never been proven that Olivia and Harry’s relationship began when she was still committed to Jason, Page Six has stated that Florence and Olivia had a falling out regarding the union. According to a source, “Flo didn’t go down well when he saw Olivia and Harry all over each other on set as Olivia was still with Jason when she first met Harry.”

The connection with Harry was reportedly the main reason for the split. A source told the site that Jason was upset for a month as the affair with Harry continued. “Jason and the kids visited Olivia on set a few times in the beginning, so I think that made people feel a little uncomfortable,” the source added. Florence’s lack of appreciation for Olivia’s performance as the project’s leader was noted by fans. She reportedly failed to notice a post last week that contained the official trailer for Don’t Worry Darling. Olivia posted a photo of Florence with the caption: “Watching this woman work was such a freaking thrill! I can’t wait to show you more. @[email protected] don’t worry darling “

Florence chose not to respond, but the next day she shared the teaser for another upcoming movie called Oppenheimer. One person noted: “The way Florence Pugh has yet to post don’t worry darling, although there are two trailers for it, she will be posting about every single other project she’s doing right now like what Olivia is did wilde do ???? However, according to Page Six, Florence had previously planned to post about “Oppenheimer” that day for a specific purpose, and it wasn’t about a rebuttal from Olivia. Olivia and Harry will soon be walking the red carpet at the Venice Film Festival for the international premiere of their film.