‘Don’t Forget Me’: Actor Ke Huy Quan reveals he has received Christmas presents from Steven Spielberg every year since 1984 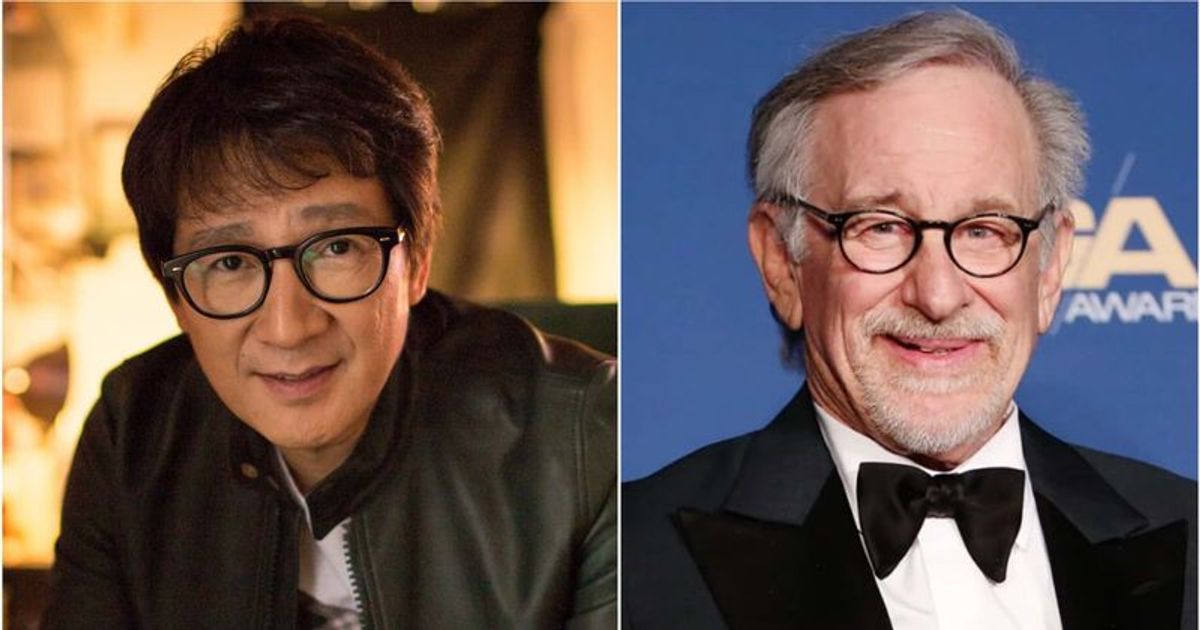 In a recent interview, ‘EEAAO’ star Ke Juy Quan praised Steve Spielberg for being a ‘pioneer’ on inclusion in Hollywood

LONDON, UK: Actor Ke Huy Quan stunned the world with his impeccable acting in this year’s blockbuster hit ‘Everything Everywhere All At Once’ and became a front-runner for Best Supporting Actor at the upcoming awards season. However, things didn’t fare as glamorously as when his career began in 1984. Quan made his feature film debut in Steven Spielberg’s Indiana Jones and the Temple of Doom and received good reviews, but things didn’t fare the way he expected it would as an adult to be. But even 38 years after the release of Indiana Jones, there’s one man who has never left his side, and that’s none other than Steven Spielberg himself.

Quan was just 12 years old when he was cast in Indiana Jones, playing Harrison Ford’s sidekick Short Round. He gained a lot of fame at a young age and later also starred in The Goonies. As an adult, however, he struggled to find roles and eventually left Hollywood. The actor became a stunt choreographer and worked on various productions in Asia and the USA. Now that Quan has made a strong comeback to acting, the star is leaving no stone unturned to thank the people who have supported him throughout his career.

‘I Love You Indy’: Harrison Ford REUNES 38 years with ‘Short Round’ his ‘Temple of Doom’ co-star Ke Huy Quan

In a recent interview with The Guardian, the 51-year-old actor shared a heartwarming story about how Spielberg has never forgotten him after casting him in Indiana Jones and still sends him presents for Christmas. The star also revealed that the ‘The Fabelmans’ boss was always there when he needed any kind of support.

“He gave me my first job and so many years later he hasn’t forgotten me. Any time I needed help, he was always there,” Quan said.

Quan went on to commend the filmmaker for pioneering inclusion in Hollywood, although that was very rare at the time.

“Spielberg was the first person to put an Asian face in a Hollywood blockbuster… That was a rarity back then. After that, we were back to square one for many years,” Quan told The Guardian.

The actor quit acting after appearing in the 2001 film Second Time Around and became a stunt choreographer. However, after seeing the success of Crazy Rich Asian in 2018, Quan decided to make a comeback. Back then, the Daniels were looking for a cast for Warmond Wang in the movie Everything Everywhere All At Once and saw Quan on Twitter. He auditioned for the role and got the role of Wang. The film was a critical and box office success, with Quan receiving universal acclaim for his impeccable acting.

Quan is now set to star in the TV series American Born Chinese and Season 2 of the Disney+ Marvel series Loki.