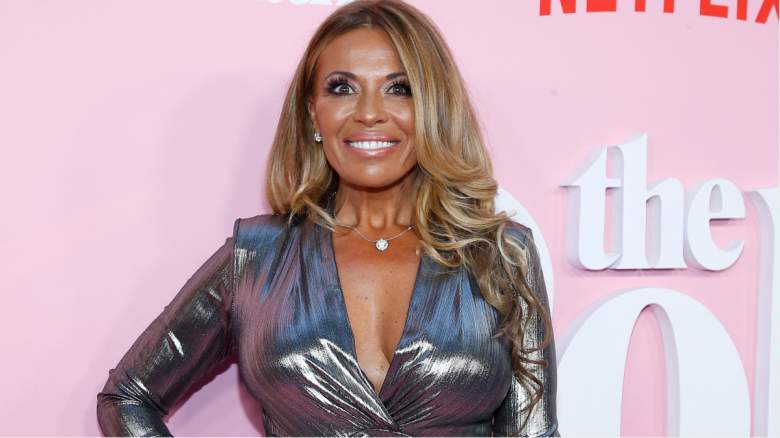 Dolores Catania and her ex-husband Frank Catania may have a great relationship in 2022, but things haven’t always been great between the ‘Real Housewives of New Jersey’ stars.

“We had a very difficult time years ago and I had to deal with a lot of pain and anger. I mean, he cheated on me (he’s not with that woman now, thank goodness) and ended up leaving us just before I was due to give birth. It took a lot of blood, sweat and tears, but we made it. It certainly wasn’t always easy or the way it looks now,” Dolores told the Huff Post in 2016.

In a new interview on SiriusXM’s Jeff Lewis Live, Dolores opened up a little more about what she went through after finding out about Big Frank’s infidelity – and she admitted to hitting the woman he cheated with. And she also admitted to beating up Frank.

After learning of Frank’s infidelity, Dolores felt like she needed to talk to someone. She told Jeff Lewis that the only person she knew was a school therapist – so that’s where she went.

“There was a crucial time when I would see a therapist, which where I’m from you didn’t. As if it were the school therapist. If you got into a fistfight, you went to her. That’s the only person I knew, so I went back to her,” Dolores explained.

Dolores went on to say that she saw a child who was very upset and was “banging against the walls” while his mother was “crying.” The reality star asked the therapist, “What do I do to keep this from happening?” And the therapist told her not to argue with Frank — just “let it go.”

“[Kids] Hold on to this struggle that you don’t even realize. So after that I would just eat shit. As if Frank were fighting me through this horrible divorce, I just said ‘yes,'” Dolores said.

While Dolores may have been cool about not fighting in front of her kids, she wasn’t cool about her ex’s decision to step on her.

“But I beat up his girlfriend. Like I took out a lot of my anger on the girlfriend,” she told Lewis. While Dolores admits she didn’t send the woman to the hospital, she said she didn’t hurt her “enough.”

Lewis told Dolores that she should have spanked Frank — and she said she did … more than once.

“I did. We went a few matches. He’ll tell you. Nobody’s ever hit him as hard as me. So, yeah. Yes, he did and he lost more than them, you know?” said Dolores .

“Maybe she had a few cuts and bruises, but he’s lost a lot more,” she added.