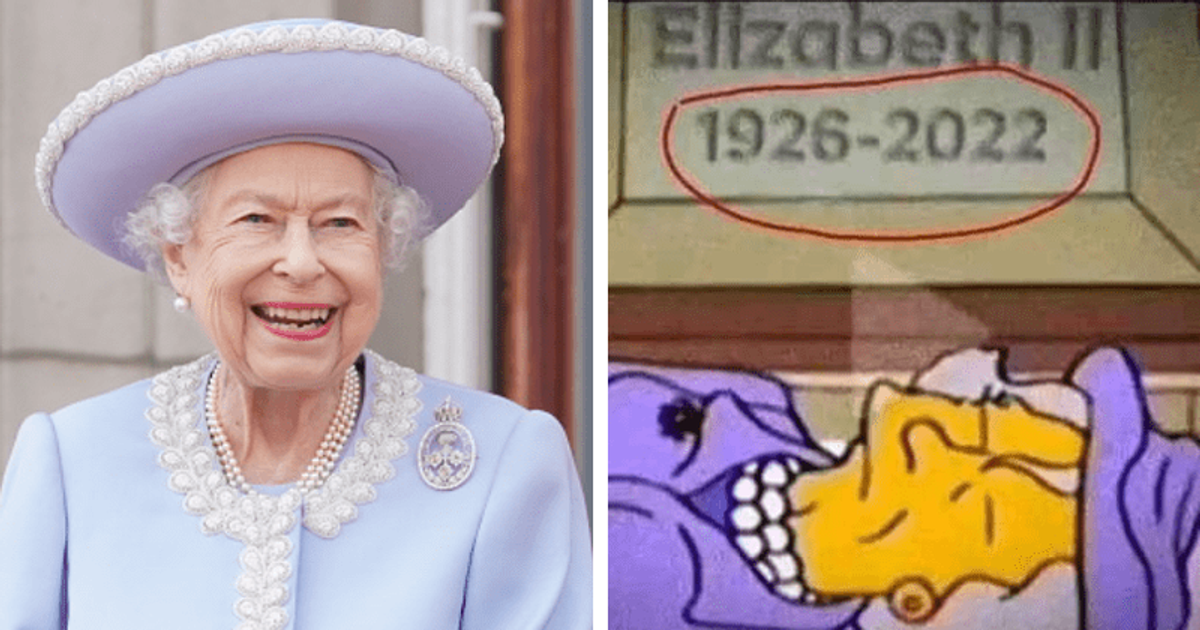 The hit sitcom The Simpsons, notorious for predicting real-life situations, has once again come under the spotlight as people claim the show correctly predicted the death of Britain’s monarch, Queen Elizabeth II. However, fans of the show will be disappointed to learn that this time around the claims are unfounded as The Simpsons made no such prediction.

Rumors made the rounds on social media after several users claimed the show had once again hit the mark with its eerily accurate predictions. People went on to incorrectly explain that the Simpsons even nailed the exact date of the Queen’s death alongside the year.

Memes and fan reactions quickly flooded the internet as people expressed shock and awe at the show’s prophesying powers. The sitcom’s creator, Matt Groening, along with the show’s writers, were credited with getting it right once again. One of the first posts of this nature was a video posted on TikTok by user @Moviesandmemes46790. The clip contained a scene from the fourth episode of season 15, entitled “The Regina Monologues”, in which the Simpson family travels to the UK.

The episode features Homer Simpson driving a car which soon collides with the Queen’s carriage. What follows in the viral video is a close-up of a piece of paper that reads 9/8/2022 – the real date of Queen Elizabeth II’s death. The viral TikTok has been viewed over 16 million times. However, some users investigated the accuracy of the clip only to find that it had been edited. While the episode actually took place, no such date appeared anywhere on the show. Since then, the edited video has been shared by many on other platforms, while others have been quick to prove its inaccuracy.

Shortly after, another post went viral. It features the animated version of Queen Elizabeth II lying in a coffin. This was shared again across many platforms from Twitter and Reddit to TikTok, with people crediting the show with making the amazing prediction back in 2014. However, this was also confirmed as a hoax.

The original image showed Donald Trump lying in a coffin. According to insiders, the former US President was replaced by the Queen and a tombstone with the date was added to the picture.

Nonetheless, The Simpsons has earned a reputation for seemingly depicting events that bear an uncanny resemblance to real events taking place years later. One such example was the show that correctly prophesied that Donald Trump would become President and the Notre Dame Cathedral fire.