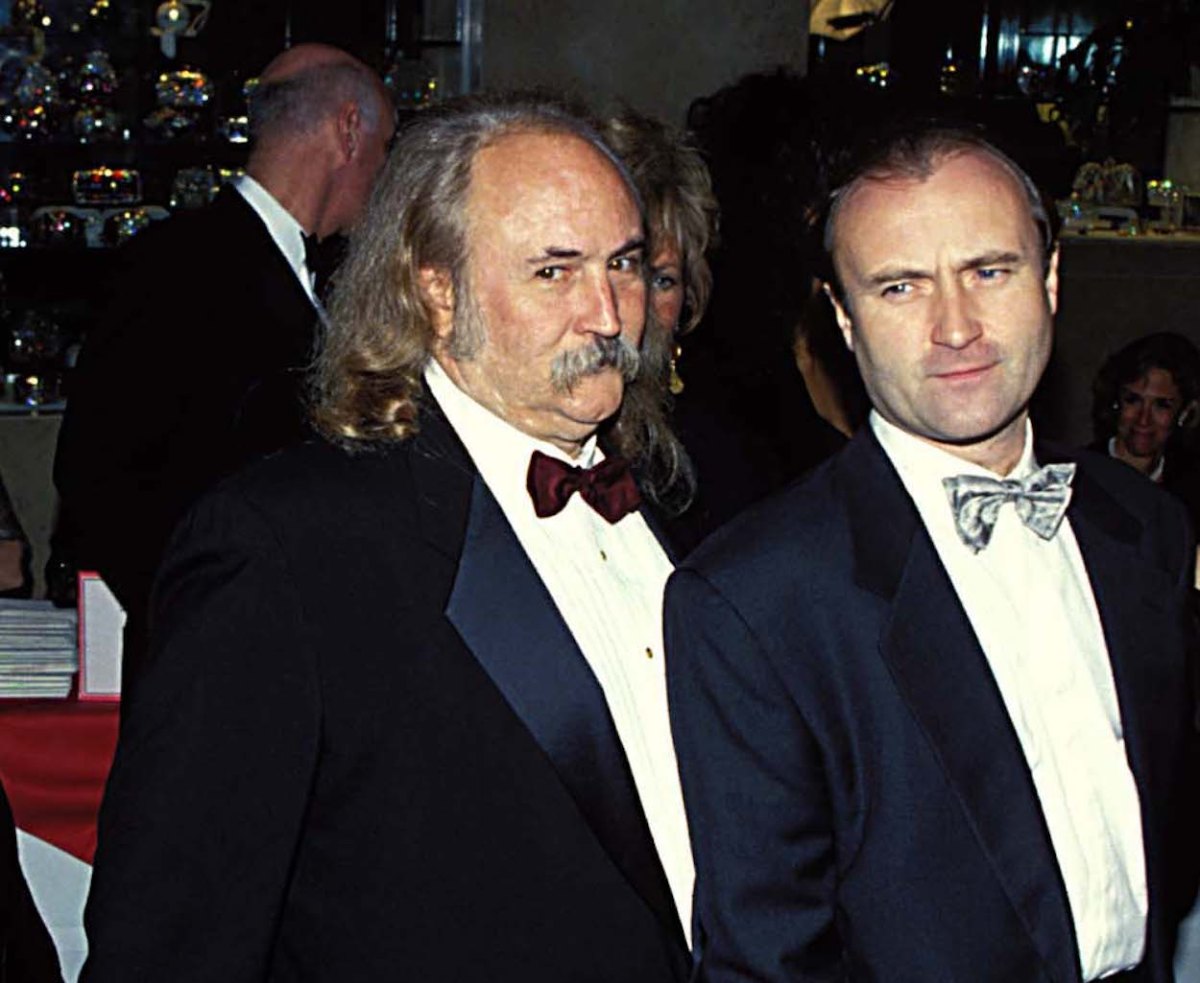 The classic rock world lost one of its most enigmatic musicians when David Crosby died on January 19, 2023 at the age of 81. His music – with The Byrds, Crosby, Stills & Nash (and sometimes Young) and his solo work – lives on. So did his wife and children. But the guitarist, singer and songwriter was fortunate enough to live into his 80s, and Crosby has Phil Collins to thank for a controversial liver transplant he received in 1994.

Crosby’s 1993 record ended a four-year album break A thousand streets. At work he played several songs written with or by other musicians.

Crosby co-wrote the album’s lead track, “Hero,” with Phil Collins, per AllMusic. It was a long-awaited chart break for Crosby. The song was his first single on the Billboard charts since 1976, peaking at number 44 (the second-highest chart position of his solo career). “Hero” flew to #3 on the adult charts.

The good vibes that emanated from his 1993 solo success evaporated when he seemingly skipped the line for a liver transplant in 1994. But did Collins really pay for Crosby’s surgery?

A years-long battle with hepatitis C damaged Crosby’s liver and he needed a transplant to live. He received a new organ in 1994, not long after doctors said he needed one to survive. The speed with which he got his new liver caused some controversy.

Many organ recipients have to wait years to hear the life-changing news. Crosby seemed to skip the line. Not only that, but his struggles with drug and alcohol addiction were well known. Some people wondered if less risky recipients were skipped in favor of Crosby.

But did Collins really pay for the procedure? Crosby shed some light on the truth during an interview with The Guardian in 2014:

Organ transplants are not cheap. Crosby built up a respectable fortune after years as a successful entertainer, so he probably could have afforded the surgery, hospitalization, and follow-up care. Despite this, Collins supported Crosby with his liver transplant costs a year after collaborating on one of his biggest solo hits.

As he prepared for his liver transplant, Crosby discovered that the child he had fathered and put up for adoption in 1962 had been looking for him. When he finally saw his long-lost son, James Raymond, he discovered his son was also a musician – a prolific keyboardist and composer.

When Crosby recovered, he began making music with the son he had never met.

Raymond had made a name for himself in music from a young age, pursuing classical and jazz. He was musical director of a hit Nickelodeon series from the 1990s, roundhouse (He was nominated for a Cable ACE Award for his music in an episode) and as a sideman for several acts including Chaka Khan.

Not long after their reunion, they began making music together. They formed the jazz rock band CPR (Crosby, Pevar & Raymond), which went on tour in January 1997. Albums followed in 1998 and 2001, and James continued to work with his father even after CPR broke up.

None of this would have been possible without David Crosby’s liver transplant, which Phil Collins helped fund.