Did LeBron James Cheat On His Wife Savannah With Drew Sidora? The ‘RHOA’ star’s sister reveals the truth 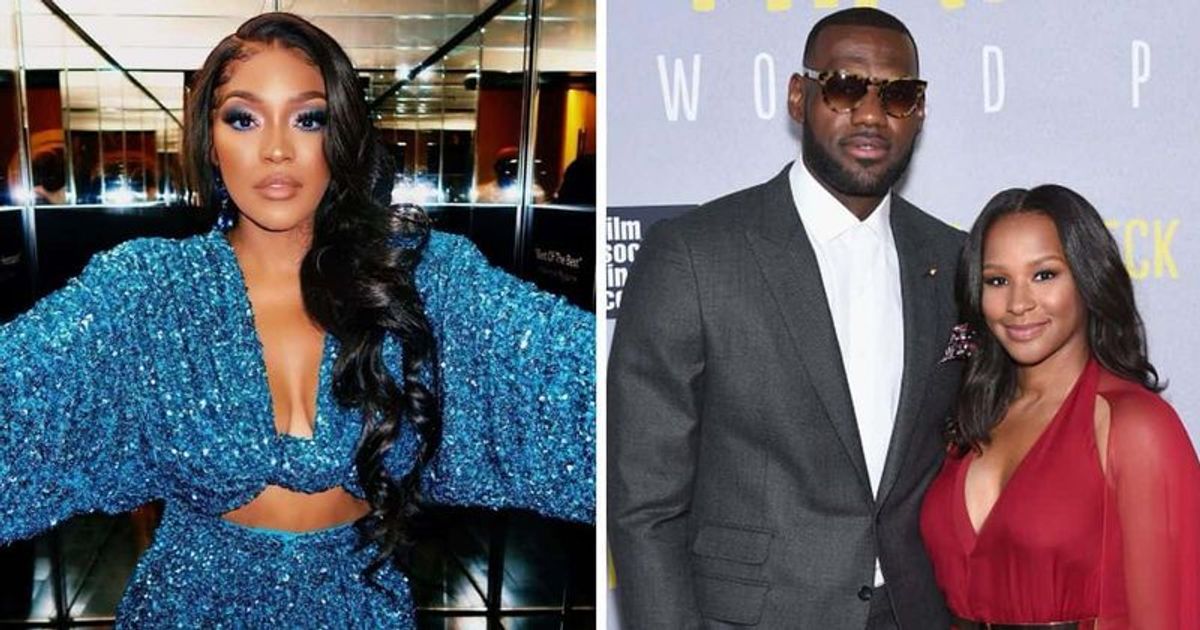 “We had a couple of dates, he flew me in to his games. He used to listen to my music before his games,” Sidora said of the relationship with the NBA star on the latest episode of RHOA.

In a recent episode of The Real Housewives Of Atlanta, Drew Sidora revealed her relationship with LeBron James, sparking affair rumors. But soon Allison Jordan, Sidora’s sister, put an end to it by captioning a TikTok video, “They dated around 2002 or 2003.”

The rumor made the rounds when Drew and the cast were having dinner in New York City during an episode of “RHOA,” and during their dinner discussion, Kenya Moore asked the women to name the most famous person they were impressed by. When it was Drew’s turn to name one, she replied, “I was in Melrose and we were at a restaurant and a certain king of the NBA sent me out for a drink.” Names were then called out to the table, but they were censored on the show. She went on to explain: “We had a couple of dates, he flew me to his games. He used to listen to my music before his games… Every game he won depended on my music.” Other performers pointed out that the NBA legend is married to Savannah James, but Sidora insisted that was the case before tying the knot.

The truth behind the rumor

Drew Sidora’s sister, Allison Jordan, shared a video via her TikTok account to put an end to the affair rumors. She said: “You guys are walking around with a story that isn’t true and the only reason I’m going to address that is because we sit back and let things happen with people we care about. We just let lies grow and grow and manifest. I’m staying out of this business, but that’ll have to stop you all.” She moved on to break down the timeline of when the two were dating. “Drew met Lebron James around 2002 or 2003. Yes they talked, in fact Drew and I are staying at a hotel. People called me and my sister two girls against the world why, because we were always together. They dated, they talked on the phone day and night, we went to games, we went to dinner, we didn’t sneak down back alleys or go through dark tunnels. I know and hung out with Randy, his uncle. He and Drew liked each other, they were cool. Do the math, Google 2003, Drew Sidora and Lebron James, he married his wife, as far as I know, his beautiful wife in 2013.

LeBron has been accused multiple times in the past of cheating on his wife, Savannah. LeBron and Savannah always ignored rumors. However, fans believe LeBron responded to Drew’s admission by posting a heartfelt tribute to his wife on Instagram.

Savannah and LeBron had been together since high school and married in 2013.