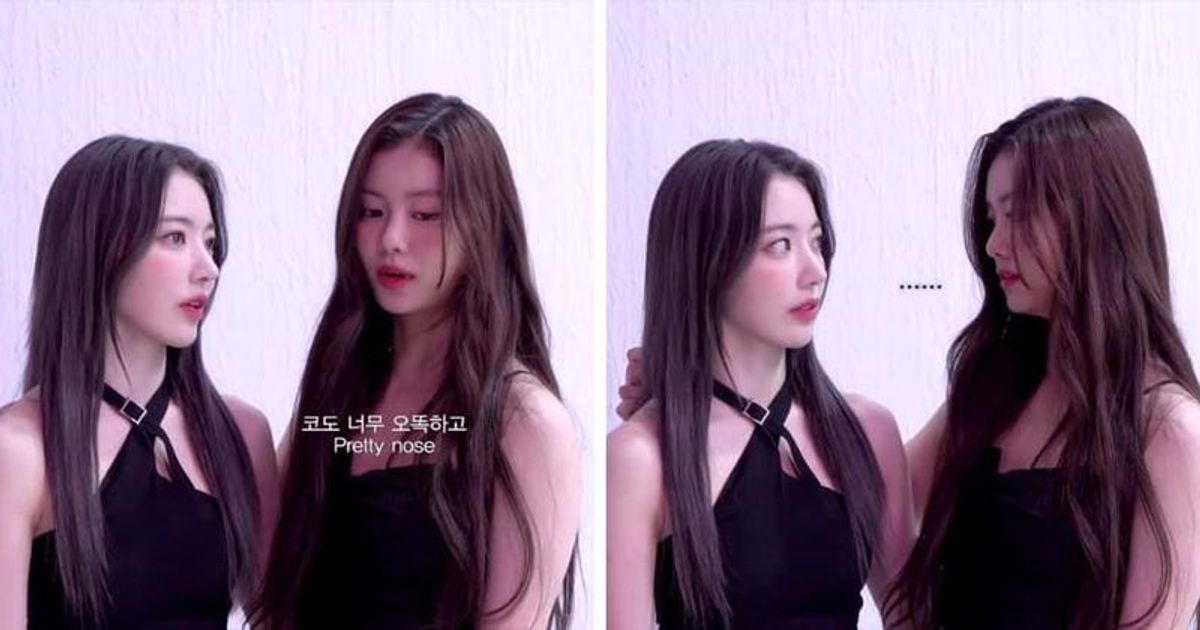 Korean fans and the general public dumped Le Sseafim’s Kim Garam after rumors made the rounds that she was a school bully. Prosecutors continued to post screenshots related to the bullying allegations. In the latest rumor, a school violence committee document was leaked, listing Garam as a bully. The school replied that they could not comment on the matter, while HYBE simply repeated their initial statement that Garam was innocent and they would take legal action.

The label had also shared that the incidents were exaggerated as some actually took place, ruling out the bullying aspect as Garam was simply trying to make friends at school. HYBE also said that the Le Sserafim member was a victim. But with the school and label not simply saying the leaked document was fake, and Garam’s recent interaction with member Sakura, fans have been divided. An interaction while Le Sserafim was recording for Studio Choom has now gone viral.

Le Sserafim’s Sakura Speaks Out For The LGBT Community Again: ‘An Angel’

Sakura looked very different when she debuted with her previous K-pop group IZ*ONE in 2018. When she joined Le Sserafim, her nose looked different to many. While some said it was the lighting, the makeup, or the loss of baby fat, others claimed she had nose surgery. Some fans even felt like she had fillers in her cheeks. And while there was no negative reaction to Sakura’s alleged nose job, Garam’s reaction to it has infuriated many at her. In the initial bullying allegations made by Garam’s accusers, they said she called Sakura a “plastic monster,” alluding to her alleged plastic surgery.

Well, in the clip now doing the rounds, Garam and Sakura can be seen conversing in a vlog filmed for their appearance on Studio Choom. In it, Garam has to compliment Sakura without laughing, and she says, “Pretty nose.” The latter simply said, “Wow, thanks.” A second of silence follows, with Sakura staring at Garam without a smile, which she does looks up and down before laughing while Sakura surprisingly asks, “Why?” to mock them.

However, some fans didn’t take it too seriously: “I’m not taking anyone’s sides here but it’s really funny how kpopies join a hate train 😭 there’s nothing bad in this video?!? at least be serious if you want to hate someone, it’s a game where both have to be serious without laughing, come on be serious.” Another fan said, “That ‘plastic monster’ rumor isn’t even true. This is also the case with the “sse trainee”, which was only made in Pann. The way the non-fans always complicate things when we haven’t even talked about it. You only make the situation worse by gaining influence with the current problem. Pathetic.”