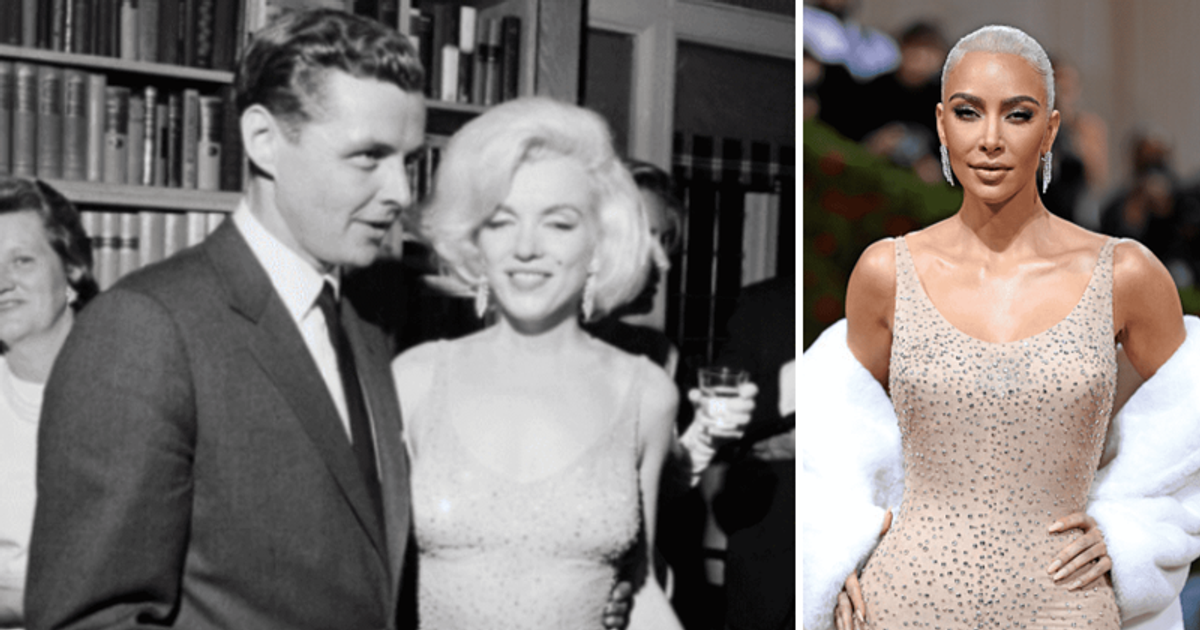 The Marilyn Monroe Collection shared photos of the dress and claimed the outfit had “missing crystals” and some were “hung by a thread.”

Kim Kardashian wore Marilyn Monroe’s iconic 1962 dress to grace this year’s Met Gala with her actor boyfriend Pete Davidson. However, it appears the borrowed dress, which the reality star wore for just 15 minutes, was damaged, according to two after and before photos posted to the Marilyn Monroe Collection Instagram page.

The Marilyn Monroe Collection shared photos of the dress and claimed the outfit had “missing crystals” and some were “hung by a thread.” Kim Kardashian wore Marilyn Monroe’s iconic 1962 ‘Happy Birthday, Mr. President’ dress to celebrate the 60th anniversary of the legend’s death. The 41-year-old social media star was donned the iconic dress by officials at Ripley’s Believe It or Not! Museum. In layman’s terms, the dress has been stored in a temperature-controlled environment since it was purchased for a record-breaking $5 million in 2016.

Kim Kardashian apparently lost 16 pounds to fit into the iconic Marilyn Monroe’s dress, and yet she still got the internet slammed the day she landed on the 2022 Met Gala red carpet. Social media users had previously trolled Kim that her butt was too big for the dress. In an interview with Vogue, Kim said, “I have a lot of respect for the dress and its importance in American history. I would never want to sit in it or eat in it or risk damaging it, and I won’t wear the kind of body makeup I normally wear.”

Some social media users sided with Kim, while others pulled the reality star for the same. “Dude, it’s in a Ridley, believe it or not. It really doesn’t matter that much,” said one user, while another shared, “They really let them ruin a historical artifact to get a mind-blowing look that’s not even on topic.” One user said, “What do we have expected? it was an OLD dress, a vulnerable dress. Should have never worn the original dress in the first place. It could be replaced by the double dress with the high-precision similarities.”

The next tweeted: “Literally nobody ever mentioned this dress before Kim wore it. Now, surprisingly, everyone is interested in this dress.” One user shared, “As someone who believes the Kardashians are the quintessence of America’s rotting social fabric, the pre-encounter photo is edited to death and the post-encounter photo is one closeup. There doesn’t seem to be any extra gaps or stress along the zipper.” Another asked, “Why are people so angry about this?” one concluded, “The fault is on both sides. Kim should respect Marilyn’s wish and wear the original dress that was never worn. someone screwed it up too because the dress should never have been loaned to Kim.”

“Never should have worn the original dress”