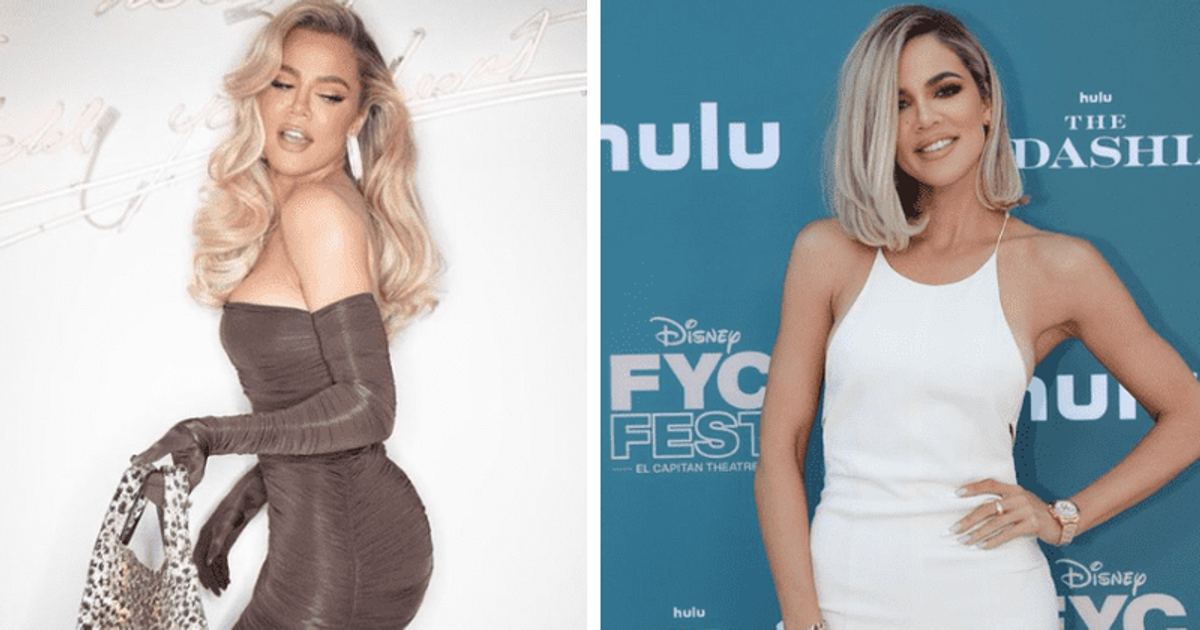 While attending a screening of The Kardashians finale, the reality star appeared to have a significantly smaller butt while sporting a white catsuit

Khloe Kardashian’s fans believe her alleged butt implants have been removed. While attending a screening of The Kardashians finale on Wednesday, June 15, the reality star, 37, appeared to have a significantly smaller butt while sporting a white catsuit. Khloe wore a low-back jumpsuit, which has garnered a lot of attention due to her rapid weight loss of late. She paired the one-piece with large 1970s-style sunglasses, white stiletto heels and a black handbag. The mother-of-one was joined by the rest of her family at the screening, which took place at the El Capitan Theater in Los Angeles on Wednesday. Khloe’s bum appeared to be significantly smaller, as if her reported implants had been removed, according to fans.

One person wrote: “#KhloeKardashian removed her butt implants. Bravo, that’s the right body image young girls need. Kim & Kylie the butt is in your dish.” “The BBL era is coming to an end for #TheKardashians,” added another. “What’s going on here #KhloeKardashian,” another user remarked while posting Khloe’s picture. Khloe has been the subject of several rumors that she had undergone Brazilian butt lift surgery, which she turned down in April. One fan said after posting a video of herself in skin tight leggings: “Omg you can see her implants when you stretch. A second layer of her bum on her butt [sic].”

It wasn’t long before Khloe retaliated, denying the rumors and explaining that the crease in question was caused by the leggings’ seam type. Alongside a laughing emoji, the reality TV star replied: “Lol silly goose. It is the seam design of the leggings. that’s so funny ha! You guys just want to believe all the bad stuff.”

While some fans took the reality star at his word, many offered a pushback in the comments section. One user replied: “Naaaa stop!!! It’s not a seam, it’s clearly another layer of something else. It’s totally cool, it’s her body as long as she’s happy.” “hahaha come on oooon. We would respect you more if you owned it. It’s public knowledge, so stop it. 🤡,” added another.

According to the Daily Mail, the latest appearance comes just hours before the season finale of The Kardashians, in which Khloe finds out about Tristan’s love child with Maralee Nichols, which was supposed to debut on Hulu. During the event, the star could also be seen on the gleaming white carpet. Khloe took off her large black sunglasses to reveal her black and gold eye makeup. The family was later spotted sitting in large white chairs on the stage of the Hollywood theater.

Kris took the mic and spoke about the family turmoil that would happen in the Hulu series. Kendall grinned as she sat next to a table with white flowers while Khloe sat cross-legged and looked over at her mother. Beatrice Verhoeven, Ben Winston and Dani King were also present with the family. In the background, next to “The Kardashians,” read “For Your Emmy Consideration.”