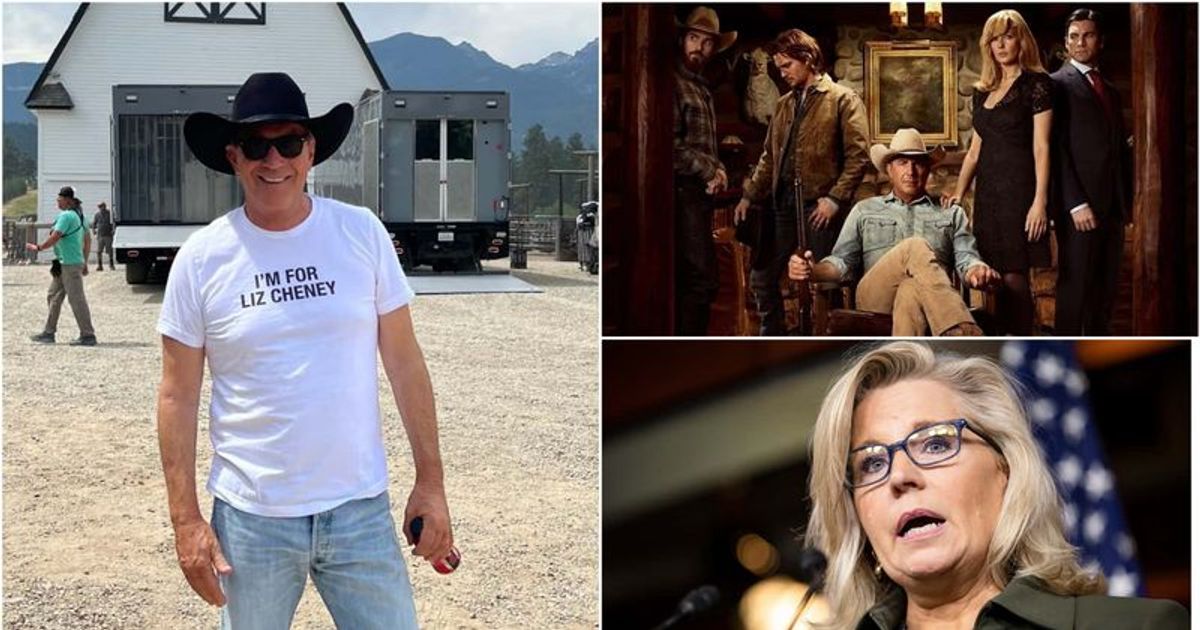 ‘Yellowstone’ star Kevin Costner is in the midst of controversy after US Representative and Republican Party member Liz Cheney shared the actor’s picture on her official Twitter account, signaling support for the acclaimed actor. As soon as she uploaded the picture, many people claimed that it must have been a fake picture, but it seems that they are wrong.

The picture is undoubtedly of Costner, and it shows him wearing a t-shirt that reads, “I support Liz Cheney.” Cheney, a Wyoming Republican, captioned the photo “Real men put country over party” and wreaked havoc on social media. The photo went viral on social media in no time, and many people began slamming Costner for supporting Cheney. The real loser, however, was Costner’s blockbuster show Yellowstone. The Paramount show was one of the best shows in recent years and received universal acclaim.

But it seems many fans are trying to walk away from the show after the above image, flooding social media with comments that could hurt the show’s chances of better ratings. Social media users slammed the actor for allegedly supporting Liz Cheney, noting they would no longer watch the show from now on. One of the users wrote, “And just like that, MAGAs don’t like Yellowstone anymore.” Another social media user said, “It’s time to give up Yellowstone, y’all. If you watch it, you support liars like @lizcheney, the murders of Ashli ​​Babbitt and Roseann Boylan and the subsequent cover-up and incarceration without attachment of political prisoners who have committed no crime – NOT EVEN “ENDERING”.

Meanwhile, one of the users tweeted: “Damn Kevin Costner just ruined all my fantasies! @Yellowstone, why do actors feel like they need to voice their political opinions, especially on something so controversial when their show is about coming out? Another Twitter user wrote: “Kevin Costner just sunk his Yellowstone TV series. Wyoming voters are going all Beth Dutton against Cheney.”

“I would say Yellowstone sucks and now I know why,” wrote another. “And up until that moment, he was one of my favorite actors. How the hell am I supposed to see Yellowstone now? Damn!” wrote another social media user. “Now I have to say F**K Yellowstone and Costner. Of course what do you expect from a clown supporting Buttegeghig,” another user tweeted. “@Yellowstone was for me just ruined. Forever. Goodbye,” said another.

Another fan said: “Oh shoot! Why do actors do this!! Pooh! I really loved him in Yellowstone. Well that ruined it for me!”

Despite his support, the actor does not see himself as a supporter of any particular party and describes himself as an “independent”. In an August 2020 interview with The Daily Beast, the actor noted that neither the Democratic Party nor the Republican Party “represent” how he sees the country and how he wants it to be. He said, “The Democratic Party doesn’t represent anything I think, and neither does the Republican Party right now — not at all.”