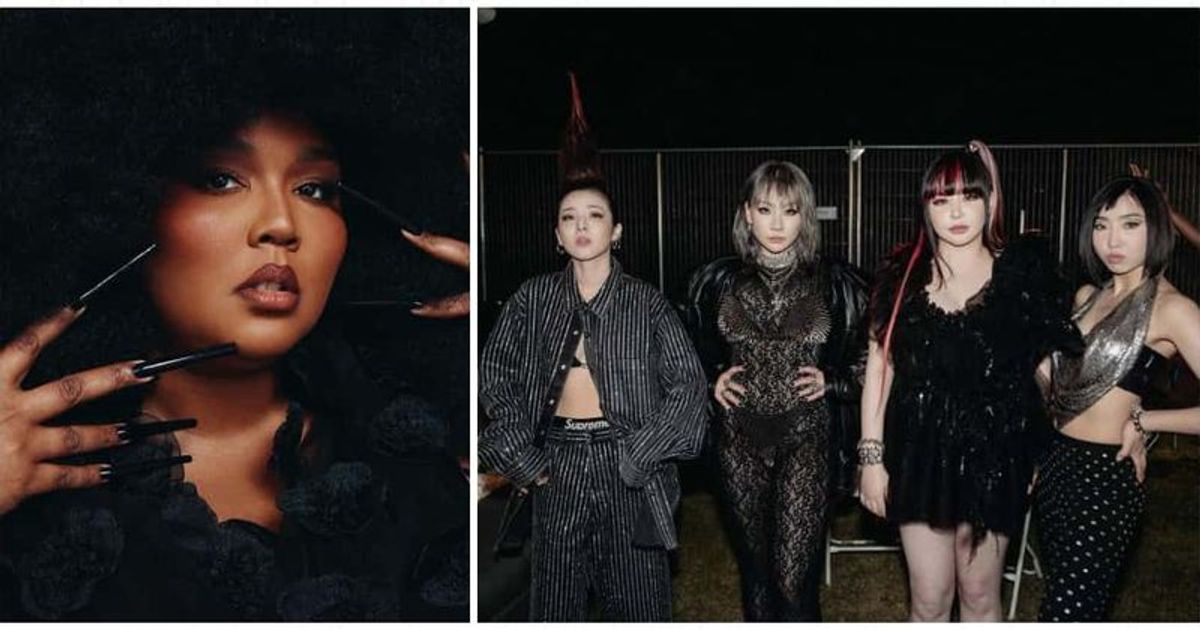 K-pop fans have pretty much adopted Lizzo, loving her genuine appreciation for the genre and friendship with BTS. ARMY was thrilled when we had our first face-to-face interaction between Lizzo and BTS at a Harry Styles concert of all places. And a week later, she went to BTS’ own concert in LA. She had told that her sister was an ARMY and she was the one who brought Lizzo to BTS. She even knows all the K-pop lingo as she revealed Jimin was her bias. As if that wasn’t enough, she also knows inside jokes and moments when she wore a “Vmin” top while covering “Butter” on the BBC. But this isn’t her first rodeo in K-pop.

To promote her latest release, Lizzo joined Audacy on April 28 to chat about her upcoming projects, touring, her Coachella appearance with Harry Styles, BTS and even 2NE1. She shared that she had J-Hope’s number and that they texted regularly. Lizzo said he’s a great lyricist and the BTS star doesn’t let anyone read. She added that the global K-pop group has good energy, which is why she liked them. Lizzo even expressed excitement at the possibility of a future collaboration with BTS.

It feels like Lizzo really is one of us, from her iconic photo with Robert Pattinson during his “Twilight” era now making the rounds until she’s a second-generation K-pop fan. When asked what she thought of K-pop, Lizzo said, “It’s about damn time. I was a fan of 2NE1 back then though. So it’s cool to see how global K-pop has gone.” 2NE1 was a huge K-pop girl group in the 2010s before disbanding. They were one of the pioneers of the Hallyu wave in the west and fans haven’t forgotten them as their surprise Coachella reunion was the highlight of the first weekend. We also had Minzy from 2NE1 re-sharing the clip and saying she’s a fan of Lizzo too.

Watch the clip below.

Lizzo shares that she was a fan of 2NE1