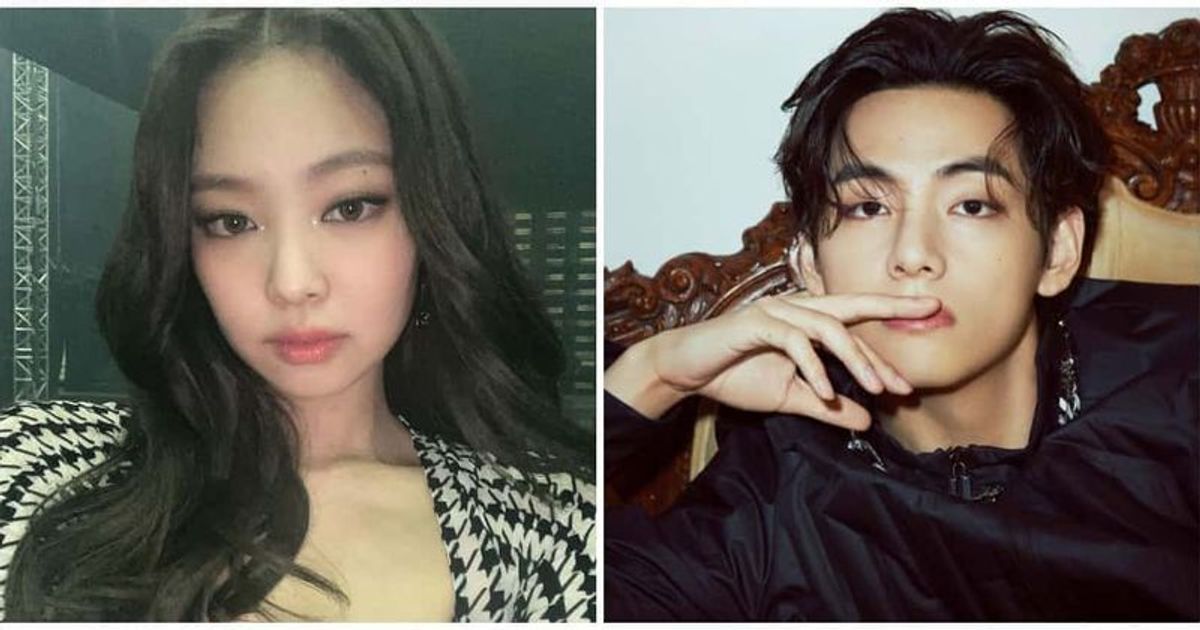 SEOUL, SOUTH KOREA: Things are getting more chaotic by the day. BTS’ V and Blackpink’s Jennie’s dating rumor has returned to the spotlight again when hacker Gurumiharibo released tons of photos on September 16th. Back in May, another netizen claimed he spotted V and Jennie on Jeju Island and shared two photos of the alleged couple in a car. Well, the hacker posted four photos of V wearing the same t-shirt. But fans have tried to debunk it.

In one photo, the BTS star can be seen kissing Jennie on the forehead. Fans had claimed it was photoshopped as there were signs of manipulation and the photo wasn’t clear. The other three photos are crystal clear, but neither V nor the Blackpink star’s faces can be seen as they wear hats or look away from the camera. Well, one fan thinks the two people in the photos are actually V and Jennie cosplayers as they look like the two K-pop idols. A fan created an in-depth video to debunk the case and provide evidence.

OP (original poster) claims the V cosplayer’s account is public and the hacker just takes his few photos and edits V and Jennie’s faces. Well, the V-Jennie dating rumor has divided some fans. Since dating is taboo in K-Pop, Knetizens send the BTS and Blackpink members hate asking them to leave their groups. The same thing had happened when Jennie was confirmed to be dating EXO’s Kai, and the hate comments were likely the reason for the split, according to fans.

Well, to defend V and Jennie, fans are doing everything they can to prove the photos may be fake. But most international fans don’t understand why they are hated and feel that if the rumor is true they should be congratulated. However, all fans agree that HYBE and YG should take legal action against the hacker for data breaches.

One fan said, “He is Taehyung’s cosplayer, he follows Taehyung’s way of dressing and even his voice is very similar to him. One fan tweeted: “Yes! The guy in the photo is real but it’s not Taehyung but turns out he’s a cosplayer of v. Tae is and Jennie’s photo has just been edited. Don’t believe too much don’t want to believe it.”

But one fan wrote: “You’re all going to harass a man unrelated just because you refuse to believe that could be a real deal and find 100 excuses to prove they’re not.” GET HELP.” Another fan added, “If Taehyung & Jennie are truly together then we have no choice but to respect them both and be happy for them. Let’s all know our boundaries. At the end of the day we are still her fans. i just hope yg & hybe are already doing something to protect their privacy.”