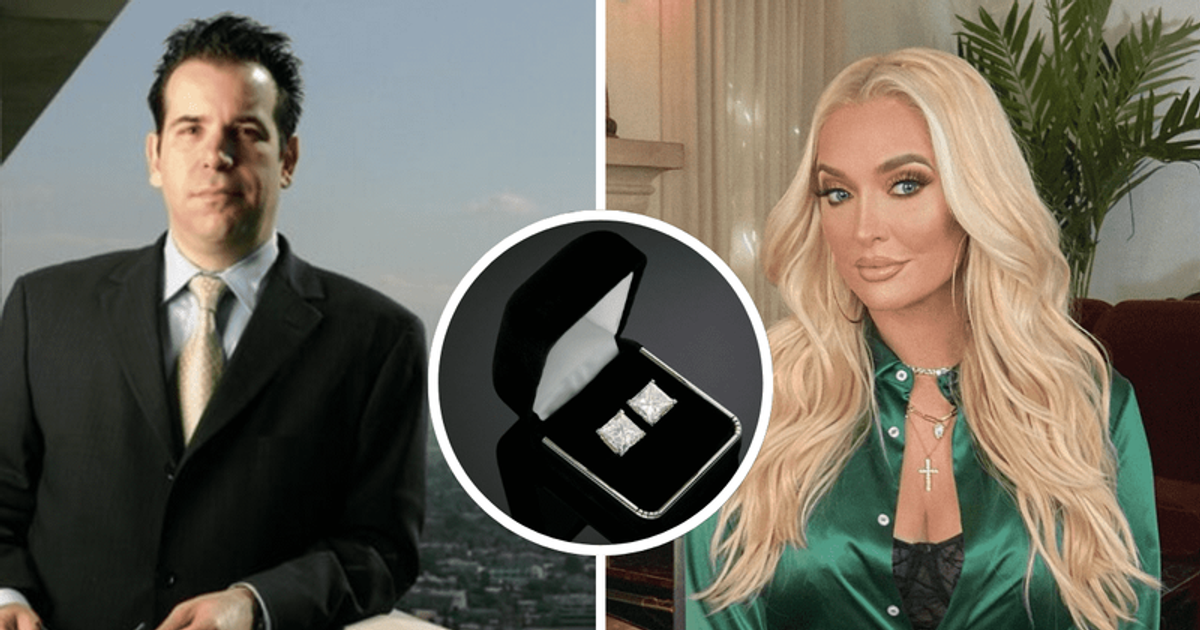 Erica was given the diamonds by her ex-husband Tom Girardi in 2004, but has to hand them over as part of his embezzlement case

BEVERLY HILLS, CALIFORNIA: Attorney Ronald Richards has revealed a shocking allegation about ‘Real Housewives of Beverly Hills’ star Erika Jayne. The attorney claimed that the infamous $750,000 diamond earrings also featured on the show were NOT the real earrings. Richards revealed the critical information on the So Bad It’s Good podcast with Ryan Bailey. According to the lawyer, the earrings given by the “RHOBH” housewife were diamonds of 6.01 and 6.57 carats. But the original earrings were 7.09 and 7.02 carats. Richards had noticed the drop in the earrings’ carat value. This resulted in a lower price being given for the earring at the auction where the diamonds were to be sold.

Erica received the diamonds as a gift from her ex-husband Tom Girardi in 2004. She was forced to turn over the earrings to Tom’s liquidator months ago as part of her estranged husband’s bankruptcy and embezzlement proceedings. Tom had used money that was to be awarded to victims of a plane crash and a fire victim, among other things, to pay for his famous wife’s gift. Richards claimed that Erica appeared to have handed over the “spare earrings” Tom bought after the original earrings were stolen in a 2007 burglary. The replacement earrings cost between $250,000 and $350,000 at the upcoming auction. The lawyer also posted the receipts to Twitter, writing: “Here are the receipts for the earring issue. I’ll be on the air now and answering questions about it.”

Richards also released a 16-page document with the receipts for the two pairs of earrings. The document also includes statements from Erica, Tom and the jeweler who sold the earrings. The attorney tweeted details of the charges against the star. “Here are the facts,” Ronald tweeted. “1. Erika claims under oath that she had a burglary in 2006. 2. Tom claims to the Franchise Tax Agency it was 2007. 3. Erika claims Tom bought her replacement earrings under oath in 2007. 4. The jeweler confirms this under oath. His invoice lists two 2004 GIA certificates associated with the earrings he sold.”

He continued: “5. The earrings that Erika eventually gave to the trustee are NOT the same earrings on the invoice. 6. The GIA certificates ordered in 2022 show that they are not the same diamonds. Erika, please explain what happened.” Adding, “I’m sure that’s a good explanation. Receipts will be posted throughout the day. We’ve tried to downplay this, as you always ask, so we’re withholding receipts until we have a consensus that everyone understands. Ask any questions you need.”

Some fans of the housewife believe it might just have been an accidental mix-up on Erica’s part since the earrings look so similar, a theory the attorney entertains. Whatever the reason, it seems to be quite a mess indeed.