Did Eminem write a diss track against Amber Heard? Here’s the truth behind viral songs 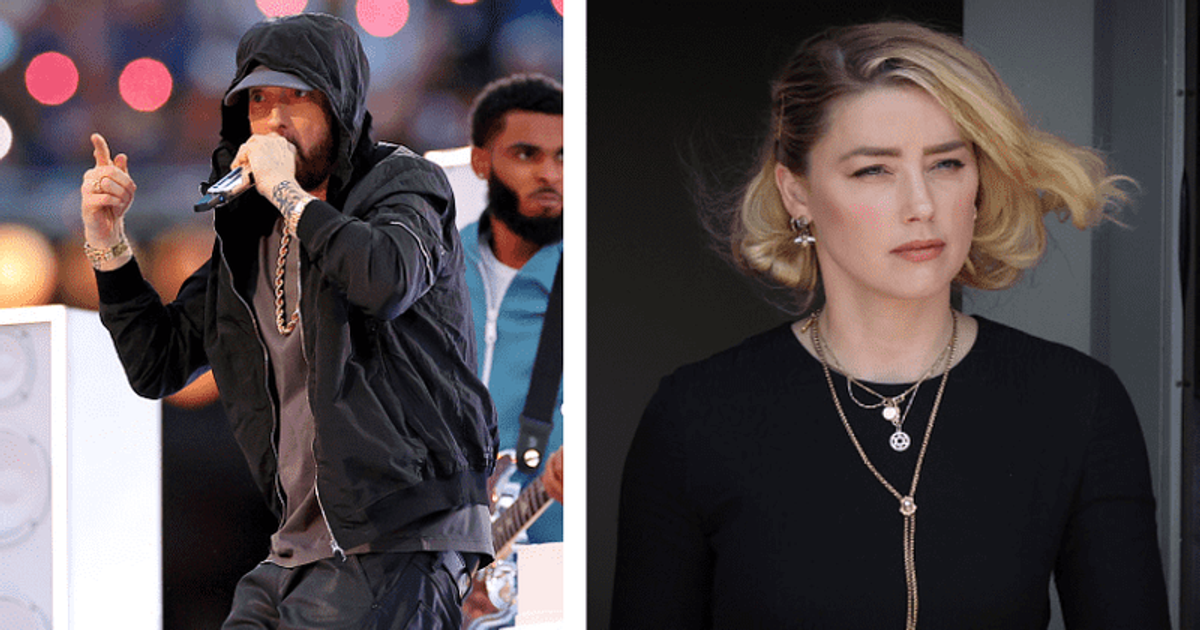 Eminem’s fans believe he wrote a diss track against Amber Heard, but things aren’t what they seem

Eminem’s fans claim the rapper wrote a diss track against Amber Heard and they can’t stop talking about it on social media. However, things are not as they seem as the rapper has no connection to the ‘Aquaman’ actress. The Heard and Johnny Depp libel case made headlines and kept viewers glued to their screens for weeks. The jury ultimately ruled in favor of Depp, and some speculate that Eminem supported the actor by producing a diss track against Heard.

On June 10, a video titled “Eminem – Amber” went viral on YouTube, and the song quickly made its way to other social media platforms like Twitter. The diss track includes lyrics like: “Sorry I misheard so I guess I’m dead deaf, shit / lets feed Amber’s ass and bang a matras in the stands for her / ’cause she can’t make it, to have it an answer that didn’t make her lie.” “As a character who mastered commanding gallons of water in Aquaman / had the crowds laughing afterwards / because the Stans understand that the stand is how it is / Amber Heard didn’t shed a single tear,” the lyrics continue. The song’s comment section proves that it has become a popular choice among listeners.

The YouTuber has 4,67,000 subscribers at the time of writing and has published six songs on his account so far. He seems to have been inspired by Eminem’s style of writing songs with references to pop culture. Meanwhile, Heard was found guilty by a seven-person jury of defaming Depp in her comment. The Pirates of the Caribbean actor was awarded more than $10 million in damages at the end of the deliberations. In addition, the jury found that one of Depp’s attorneys defamed Heard, for which she was awarded $2 million in damages.