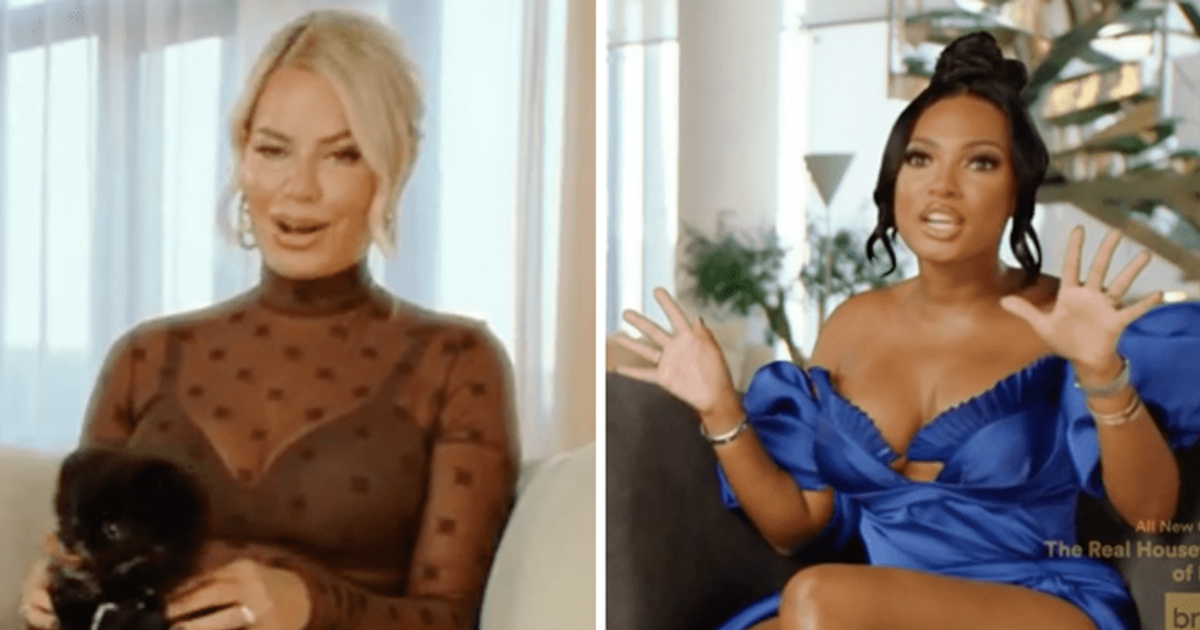 With her quick wit and shady comments, Real Housewives of Dubai star Lesa Milan is quickly emerging as one of fans’ favorite housewives. The Jamaican beauty queen decided to hold a runway show to not only showcase her new range of maternity wear, but also to introduce a new line of non-maternity wear from her Mina Roe brand. Lesa excitedly invited all her housewives to the fashion show. Apart from Caroline Stanbury, all the other ladies accepted the invitation and showed up at her event.

The day before the runway show, Stanbury texted Lesa saying that she wouldn’t be able to make it to the runway show as she was busy with her wedding preparations. Lesa was surprised by Stanbury’s text, not only because it was sent at the last minute but also because of the way Stanbury phrased it. She started her message by saying that Lesa didn’t expect her to actually be on the show. An angry Lesa then took a stab at Stanbury by accusing her of buying Instagram followers and bots.

This isn’t the first time Stanbury’s Instagram has been targeted by Dubai housewives. In the pilot, Chanel Ayan hinted that Stanbury’s marriage to Sergio Carrallo was a collaboration for her Instagram. In another instance on the recently aired episode of ‘RHODubai’, Caroline Brooks pointed out that Stanbury isn’t that big of an Instagram influencer to get as many freebies as she’s currently getting! While Stanbury has yet to respond to the follower-buying allegations, one thing is certain: her Instagram page and popularity is definitely a hot-button issue for the Dubai ladies.