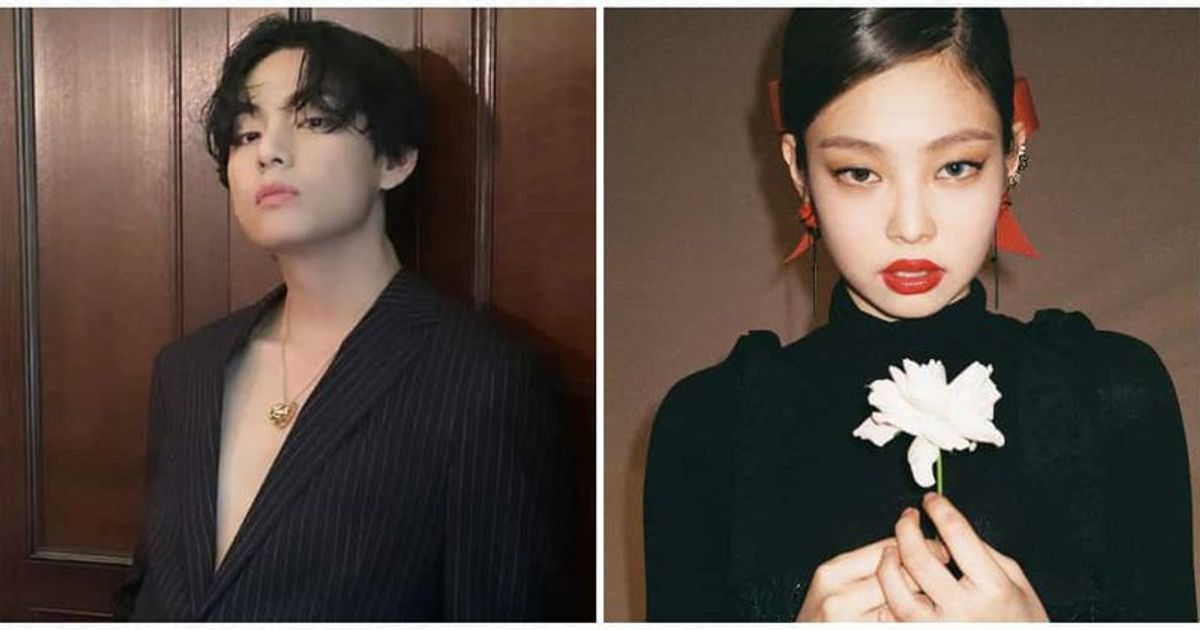 SEOUL, SOUTH KOREA: As the K-pop industry views dating as taboo over toxic and delusional fans, the initial reaction to BTS’ V and Blackpink’s Jennie’s dating rumor had led to fans sending them hate mail. But with the hackers’ aggressive approach to revealing their supposed photos, the tide has actually turned in the idol’s favour. In the latest leaked video, V reportedly calls Jennie ‘wife’ and fans are there for it.

The very first photo leaked by hacker Gurumiharibo showed V getting his hair done before his Celine trip with Park Bogum and Blackpink’s Lisa. In the photo, Jennie is standing on her side and taking a mirror selfie. Many later claimed the photo had been edited, including the hacker. However, on September 16, the hacker returned with a vengeance, releasing multiple photos from the BTS and Blackpink stars’ alleged Jeju date. A video followed during the hairstyling session with Jennie in attendance.

A video of BTS’ V-Surfaces

In the leaked video, an unseen person captures the video of BTS V and zooms in on it. While the stylist is styling his hair, you can see him saying something. While the audio is muted, some fans think he’s asking the person recording the video, “Do you like it, ma’am?” Already ‘Taennie’ fans are showing up, delivering V aka Taehyung and Jennie, believing that the video was taken by the Blackpink member and that V spoke to her.

Another hacker who allegedly took photos of Jennie’s iCloud shared a photo of V lying on a bed with a cat. The pillows are the same as those on Jennie’s bed, while the cat resembles her mother’s. But unlike most dating rumors, the V-Jennie situation has united most fans. Instead of sending them hate, they’ve teamed up to take legal action against their labels YG and HYBE. K-pop fans don’t care if the photos and videos are real or edited, and congratulate the rumored couple if it’s real.

One fan shared, “Wait, did they find a picture of Taehyung in Jennie’s bed? They are exactly the same pillowcases. Like EXACTLY THE SAME. Even with her mother’s cat. This is too dangerous. Businesses need to put an end to this data breach (it should be by now. They’ve reached Jennie’s bedroom!) One fan commented: “I need Hybe and YG to make statements to clear up this shit. Idc if Tae and Jennie are a couple. I would be happy if they are! However, when they’re not and they’re just friends or something… it gets out of hand… Jennie is attacked daily… Tae too… we need to clear the air.”

Another wrote: “I’ll believe it once the full video is out and Jennie is in it.” A fan thinks it’s fake and that V didn’t say the word mistress.Even if this was recorded by jennie kim herself why isn’t jennie shown why crop the vedio and crop the audio for proof! Claimed to be fake! Just support BTS and Blackpink! STOP BELIEVING ANY INFORMATION ABOUT YOU UNTIL IT’S CONFIRMED!” Another fan wrote: “I honestly hope Jenny and V are together.k to all. it’s cute.” One fan tweeted, “ATP fans should just congratulate V and Jennie instead of wondering if the photos are real or not. They look good together and unless you’re being weird, you shouldn’t be mad if your idols are dating regular people.”