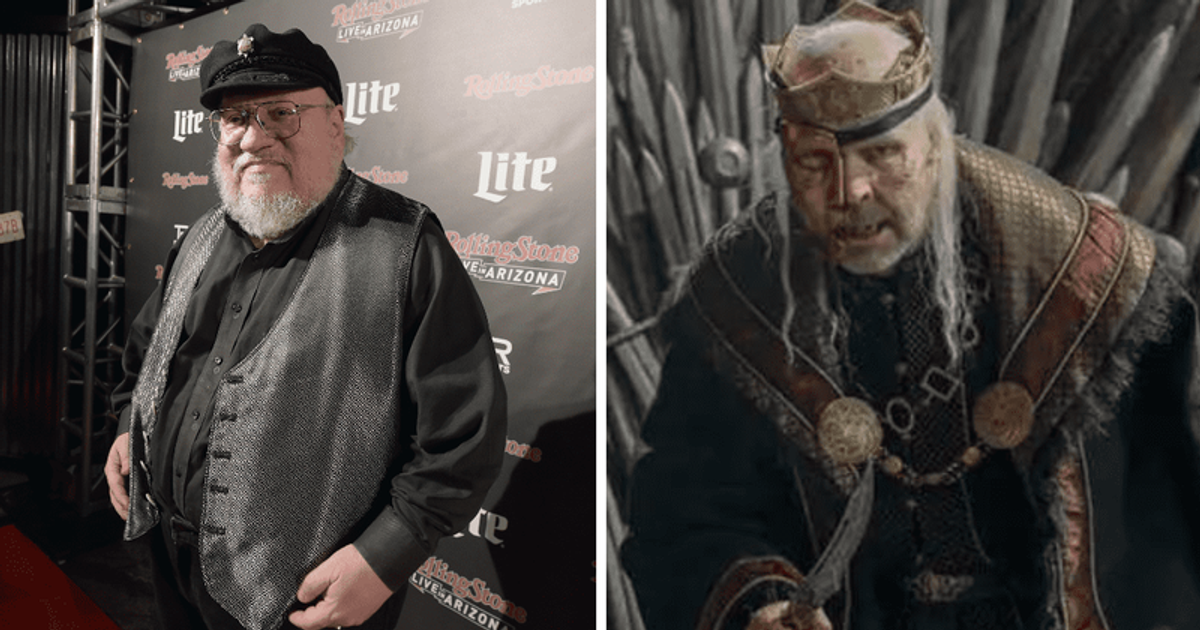 The 49-year-old English actor had reportedly revealed he also received a text message from Martin which read: “Your Viserys is better than my Viserys.”

George RR Martin reportedly has nothing but compliments for Paddy Considine, who plays the role of King Viserys in House of the Dragon. On his personal blog, the novelist wrote: “Sunday’s episode, ‘Lord of the Tides,’ was everything I hoped it would be. Kudos to Eileen Shim the screenwriter, Geeta Patel the director, our incredible cast… and especially Paddy Considine for his portrayal of King Viserys, the first of his name.”

He also noted that “the character he created (with Ryan and Sara and Ti and the rest of our writers) for the show is so much more powerful and tragic and full grown than my own version in FIRE & BLOOD that I’m half tempted to go back and tear up those chapters and rewrite the entire story of his reign,” before adding, “Paddy deserves an Emmy for this episode alone. If he doesn’t get one, hey, there’s no justice.”

Why was House of the Dragon George RR Martin’s first appropriate choice for the Game of Thrones prequel?

Elsewhere on the blog, Martin explained, “I’m a fantasy fan and I want more fantasy on TV and nothing would do that better than some big hits. THE WITCHER, SHADOW & BONE, WHEEL OF TIME… and THE SANDMAN, a glorious adaptation of Neil Gaiman’s groundbreaking comic series… that’s a good start, but I want more.”

“I want Tad Williams, I want Joe Abercrombie, I want Patrick Rothfuss, I want a good adaptation of Le Guin’s Earthsea books, I want Alan Garner, I want Robin Hobb… oh the list goes on, I could go on… and would do it if I didn’t have tons of other things to do. My favorite is Roger Zelazny’s NINE PRINCES IN AMBER,” added Martin.

However, this wasn’t the first time the 74-year-old TV producer had kind words for the 49-year-old English actor. Considine recently told GQ Hype, “I received a text message that just said, ‘Your Viserys is better than my Viserys.’ It was by George RR Martin. And I thought: That’s enough. Thank you for trusting me.”

Numerous people have since agreed with Martin as a user: “A bit of humor is fine if it doesn’t feel forced, like the tapestry scene between Viserys and Daemon, but so far I’ve loved the dark and tense feel of this series.” This is how good drama should be.”

The second user tweeted: “Viserys’ previous life is relaxed, happy and carefree – so you look at Paddy’s performance and it honestly seems effortless. Then he amplifies his power every episode so subtly that you hardly notice it, it’s natural. Then you get to episode 8 and he rips your heart out. 10/10.”

The third said: “Paddy played his ass. Viserys has so many layers to his character and he pulled it off so incredibly well.” “In the end he proved himself to be a warrior and his courage was tested as he basically always wanted it to be. I don’t think many people could go through with it in such a state, literally decomposing, without taking painkillers,” read another tweet.