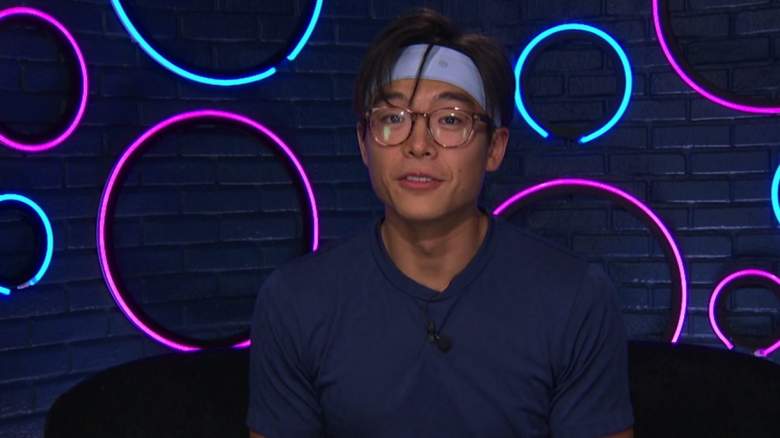 Derek Xiao was a fan favorite on Big Brother 23.

In a season filled with superfans (Mitchell, Azah Awasum, Alyssa Lopez, Brandon “Frenchie” French, and Hannah Chaddha all talked at length about being long-time fans of the show), Xiao was relatively new to the game. He was often seen asking the other players about the show’s history on the live feed.

As a guest on “GIRL Let’s Agree to Disagree” (GLATD), Xiao revealed how he was cast for the show. He and his friends watched Love Island together on CBS. Whenever they turned it on early, they’d hear about “Big Brother” for the last ten minutes or so.

“I was watching the show and was like, ‘I could easily win this shit.’ I thought, ‘This is just a game to make people like you?’ “Xiao said.

Xiao went to college with Isabella Wang, who appeared in “Big Brother 21”. One day he saw something on her Instagram story about the casting of “Big Brother”. On a whim, he sent the casting director a message pretending to be a huge fan of the show.

“I’ve never lied so hard in my life,” Xiao admitted to GLATD. But it worked, because the casting director immediately contacted him and asked for a 60-second video in which Xiao says more about himself. He went down to his parents’ basement and wore his now famous speckled hoodie. “The lighting was rubbish,” Xiao said of his audition video.

Within an hour, Xiao spoke to the casting director on the phone. Jessia Milagros, “Big Brother 21” alum and GLATD host, told Xiao that his casting experience is not the norm. “I didn’t even realize how competitive it was,” he said.

As he watched the clips from “Big Brother” before “Love Island” was released, Xiao thought he had found the perfect game for him. For Xiao it is natural to make friends with people of different origins. On GLATD, he stated that his experience of growing up in the white suburbs of Maryland made him fit in everywhere.

“I used to be with this girl in college and when we were together she always told me I was a chameleon. And she would always say it badly. What she meant by that was, I would like a little tailor based on who I talk to, ”he said.

Although Xiao says his ex-girlfriend didn’t see this quality as a strength, he knew that she would serve him well on Big Brother.

“That’s what happens when you’ve been bullied for years, you just get really good at getting other people to like you,” he said with a grin.