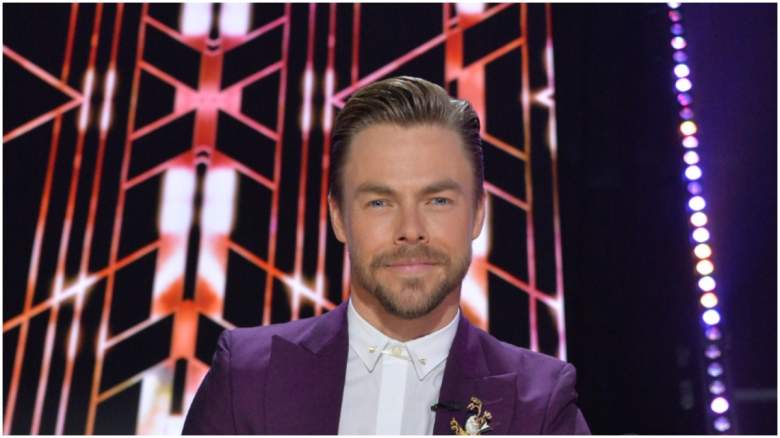 Derek Hough is an Emmy Award-winning dancer and choreographer and a six-time winner of Dancing With the Stars.” Given his successful career, it seems he was born to dance.

In 2019, Hough told the OnStage Blog that he was immersed in the dance scene in his hometown of Utah as a kid because his oldest sister was taking dance classes and the whole family started attending dance school. “I liked going there because I could dance with girls,” he revealed.

But while Hough is used to playing the “lead” in his dance routines, he recently posted a hilarious clip that showed him in a reverse role – and he admitted it’s not for him.

In a video shared to his Instagram page, Hough was seen rehearsing a move with World of Dance season 4 winner Diego Pasillas. In the clip, Pasillas tries to pick Hough up and the TV judge gets visibly freaked out and runs from him.

The sound effect for the clip is the recognizable line “Let me tell you something, let me tell you something” from the viral Shotover Canyon swing video that was all the rage on social media. In the video, a terrified man can be seen begging security forces to make sure the swing over the ravine is safe while they troll him.

Hough captioned his take on the meme, “It doesn’t feel right to be the one getting lifted. I get freaked out.” “I hate being picked up,” he added on his Instagram story on Aug. 3.

Hough’s fans and friends reacted in the comments section.

“You’re the lifter, not the liftee!” wrote another fan.

“LOL! Now you know how the girls feel!” A third fan chimed in.

“I really love this concept…. @dancingwiththestars should devote an episode to gender reversal! That way everyone knows how each other feels,” wrote another fan.

The “Lift” video isn’t the first time Hough has been nervous about dancing. During a previous appearance on the Whine Down podcast with Jana Kramer, he admitted he wasn’t at all confident in his abilities when he first signed on to DWTS in 2007.

“In my earlier seasons I was nervous, you know, and I was insecure,” he revealed. “I sort of faked it, to be honest. I wasn’t really like a teacher or a choreographer. People used to say, “Oh, you’re a good choreographer,” but I never saw myself like that. That made me anxious and anxious.”

In a video interview with Meetin’ the Eatons, Hough admitted he still gets nervous on stage and revealed what he does when his heart starts racing before a dance performance.