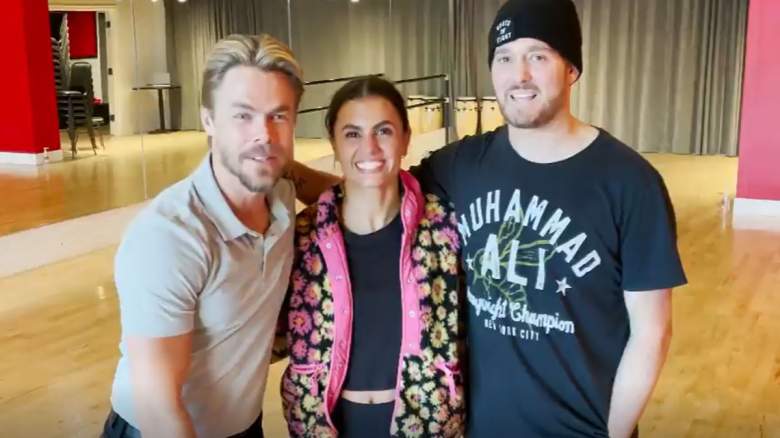 Dancing With the Stars pro and judge Derek Hough and Grammy winner Michael Bublé are collaborating on a new dance competition. Here’s what you need to know:

These two entertainers announced on Instagram in mid-September that they are hosting a dance competition for all dancers of all ages and skill levels. All you have to do is choreograph a dance to Buble’s new song “Higher,” the music video Hough directed earlier this year.

Here is the link where you can submit your videos.

The grand prize for the contest is pretty amazing. The winner will receive a private dance lesson with Hough and four tickets to the season 31 finale of Dancing With the Stars, along with lots of other goodies.

According to the competition website, the grand prize consists of:

Registrations will be accepted until October 13; Voting begins October 14th.

In addition to the competition, Monday 24th October will see Bublé’s Dancing With the Stars themed week, with Bublé joining the other judges behind the judges’ table that evening.

“I’m beyond excited and proud to guest judge and perform while the stars and pros dance to my songs all night,” Bublé said when making the announcement.