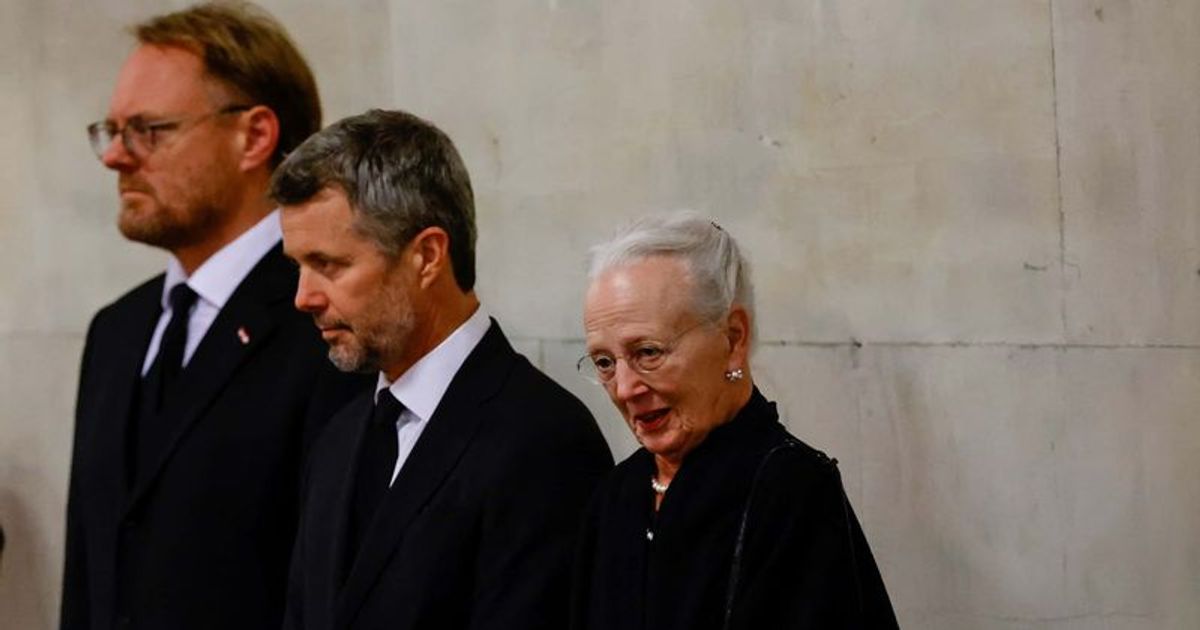 England’s Foreign Office, meanwhile, apologized after screwing up the invitations and had to ‘uninvite’ Denmark’s Crown Princess Mary.

COPENHAGEN, DENMARK: The Queen of Denmark, who is also a third cousin of Queen Elizabeth II, has contracted Covid-19. Margrethe II tested positive for the virus after attending the Queen’s funeral on Monday, September 19, which was also attended by over 500 foreign heads of state and dignitaries.

After testing positive, the ruler, who has been on the throne for five decades, canceled her appointments as she is now quarantined in a wing of Amalienborg Palace in Copenhagen. She also canceled her plan to go to Norway for her winter vacation.

James Alexander Philip Theo: Queen’s youngest grandchild was in a pensive mood as he gave his final farewell at the funeral

The Daily Mail reported that she showed no serious symptoms after being diagnosed. This wasn’t the first time the 82-year-old had fallen ill with Covid, however. She tested positive in February, but didn’t show any serious symptoms then either.

However, later on the day of the funeral, another statement was issued, adding: “Her Majesty the Queen and His Royal Highness the Crown Prince are attending from Denmark.”

Now, according to Vogue, the spokesman for the British Foreign Office is said to have said: “The FCDO has conveyed its heartfelt apologies to the Danish royal family via the Danish embassy.” The royal family also told the Danish news agency BT: “There was an unfortunate error in the invitation of the UK Foreign Office.” Under the rules, only two dignitaries per country were allowed to attend.

It is now said that after the death of the queen, Margrethe II is now the only living queen in the world. She sent a letter to King Charles after his mother’s death, which said: “Your mother was very important to me and my family. She was a towering figure among European monarchs and a great inspiration to us all. We will miss her terribly.”

The Danish queen was reportedly very close to the late British queen, and the two called each other ‘Daisy’ and ‘Lilibet’ respectively. Margrethe II told Newsweek: “That’s how we’ve always known each other. That’s what we call each other when we see and talk to each other.”

Queen Elizabeth II’s funeral took place days after her death on September 8 at Balmoral Castle. According to The Guardian, her son said: “Thank you to all the countless people who have been such support and comfort to my family and I at this time of grief.”

A statement from Buckingham Palace also said: “The state funeral of Her Majesty The Queen will take place on Monday 19 September at 11am BST at Westminster Abbey. After the state funeral, the coffin will travel in procession from Westminster Abbey to Wellington Arch. From Wellington Arch the coffin will travel to Windsor and there the State hearse will be in procession down the Long Walk to St George’s Chapel, Windsor Castle. A committal service will then take place at St. George’s Chapel.”