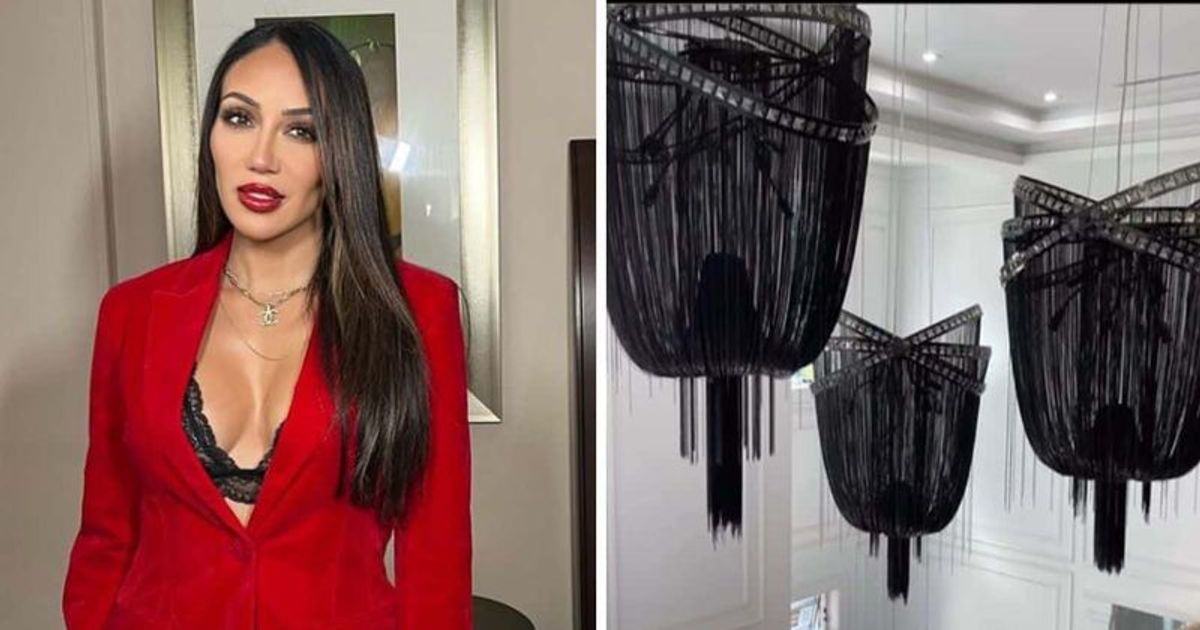 After more than a year of construction, Melissa and Joe Gorga finally moved into their $950,000 mansion in Franklin Lakes, New Jersey this week

FRANKLIN LAKES, NEW JERSEY: American businesswoman and ‘Real Housewives of New Jersey’ star Melissa Gorga faced backlash on her Instagram comments section on November 24 after sharing a glimpse of her recent home renovations. “Foyer design This time it’s all about simple elegance. The ceiling design is so simple yet so important,” the 43-year-old wrote alongside a video of her new “glamorous black fabric chandeliers.”

“What I want has always been a fancy white brick home,” Melissa wrote alongside a video of the sprawling exterior. “We love, what we do. work hard play hard I can’t wait to show you the inside.” However, her 2.7 million fans seem unfazed by the three giant studded lights.

This week, Melissa and Joe Gorga, who spent over a year building their dream home, finally moved into their $950,000 mansion in Franklin Lakes, New Jersey. Just like her foyer, fans have a lot to say about her new residence. It seems the three giant studded lights failed to impress their 2.7million fans.

“They look lovely up close, but from a distance it looks like you covered your lights with three giant garbage bags. Maybe pictures and angles don’t do them justice,” said one user. While a second chimed in: “It’s almost like Victoria’s Secret isn’t doing so well anymore, so they’ve decided to convert their vacation lingerie pieces into lighting fixtures.” A third said, while voicing concerns, “I agree allow the chandeliers to catch dust. Also, I would have replaced the stair railing with an iron railing. I don’t think the oak fits the aesthetic of your home. Just my opinion.” “You’re beautiful… but the lamps are awful,” said another.

A fifth commented: “The exterior of the house was strike one. This foyer is strike two. It looks like it’s a temporary photo shoot. This is just bad. Curious which architect and interior designer were used. Another user wrote, “Here we are again. Yes, Melissa, the reality TV world knows you make money from all your other photos of houses and cars. But you keep posting more to get your new Diggs for likes.” and show emojis. No matter how many likes you get, your money insecurity won’t heal.” Another commented, “She’d better get her Patronus ready dementors are coming.”

Despite the scathing feedback, some people congratulated the allegedly controversial couple on their “beautiful” home. With comment coming: “This entrance is beautiful. I love the floors and stairs. The chandeliers look like hair hanging from the ceiling and is a no-no to me. But that’s the beauty of interior design!! Decorating your house and making it the home you see fit!” Another congratulated them, saying, “Love it Melissa looks stunning @melissagorga @joeygorga god bless you.” A third said: “Your new home is EVERYTHING!! Love it.”While a fourth wrote, “Love that you choose things that are unique! Your own style and who gives AF what people think! I can’t wait.” to see the rest of the house”