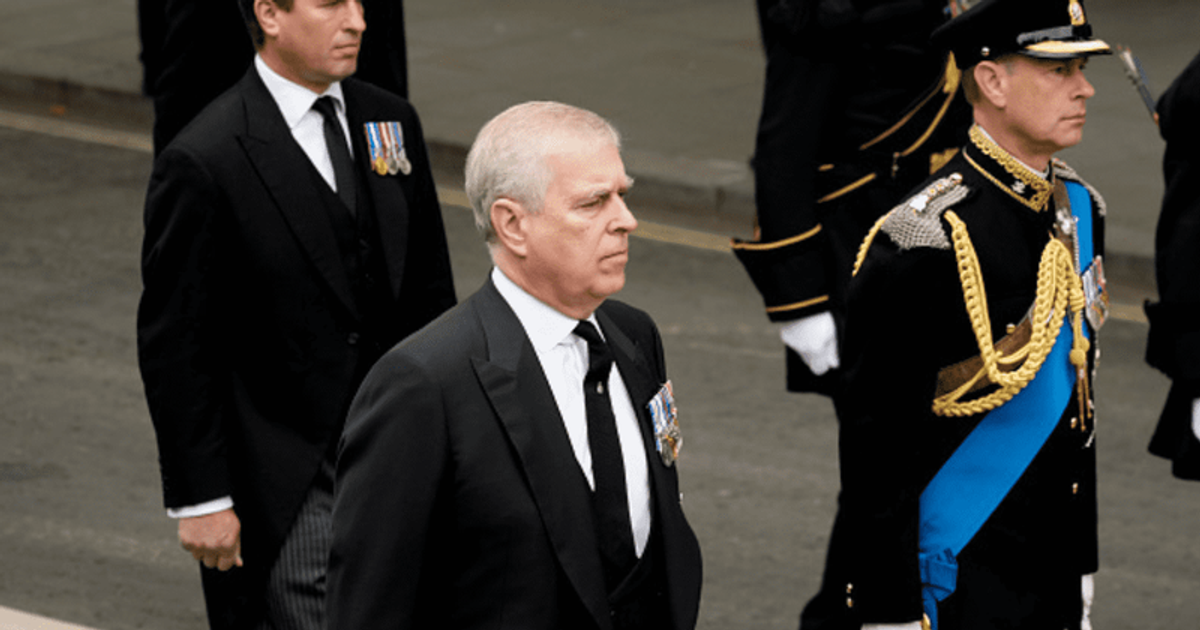 The Duke of York arrived at Westminister Hall to join other royals in the procession that took the Queen’s coffin to Westminster Abbey. Andrew had a pained look on his face as he followed his older brother, King Charles.

LONDON, ENGLAND: Prince Andrew appeared to hold back his tears as he walked behind the coffin of his mother, Queen Elizabeth II, into Westminster Abbey.

Who is David Hoyle? Dean of Westminster calls size of Queen’s funeral ‘unprecedented’

During the ceremonial procession, Prince Edward, Earl of Wessex walked to the left of the Queen’s coffin with Andrew on his right, while Princess Anne walked to Andrew’s right and Charles flanked her.

Marching alongside his siblings and in front of Prince Harry, Andrew was seen biting his lip and fighting back tears as he looked overcome with emotion as the Queen’s coffin arrived at Westminister Abbey. The prince wore his military medals on his chest during the procession. Only he and the Duke of Sussex remained in civilian clothes for the Queen’s funeral.

Andrew, who played a central role in Queen’s funeral, was known for being very close to his late mother. In August, when the Queen was struggling with mobility problems, he visited her many times at Windsor Castle. The Duke of York even expressed his love for his mother in a statement released on Sunday September 18.

“Dear Mama, Mother, Your Majesty, three in one,” read the statement. “Your Majesty, it was an honor and a privilege to serve you. Mother of the Nation, your devotion and personal service to our nation is unique and one of a kind; Your people show your love and respect in so many different ways and I know you are keen to honor their respect.”

“Mom, your love for a son, your compassion, your caring, your trust I will forever cherish. I have found your knowledge and wisdom infinite, without limits or limitations. I will grind your insights, advice and humor Book of experiences closes, another one opens, and I will forever hold you in my heart with my deepest love and gratitude, and I will happily step into the next with you as my guide ” it added.

Andrew made numerous royal public appearances during the period of mourning, although he had already stepped down from royal duties in November 2019.

Led by the Dean of the West Minister, the Queen’s State Funeral began at 11am with more than 2,000 Royal Members present at the Abbey. The royal family and their extended members, many world leaders and dignitaries attended the funeral including US President Joe Biden. The Queen will then be buried alongside her beloved husband, Prince Consort Prince Philip, The Duke of Edinburgh after a private service at St George’s Chapel in Windsor Castle.