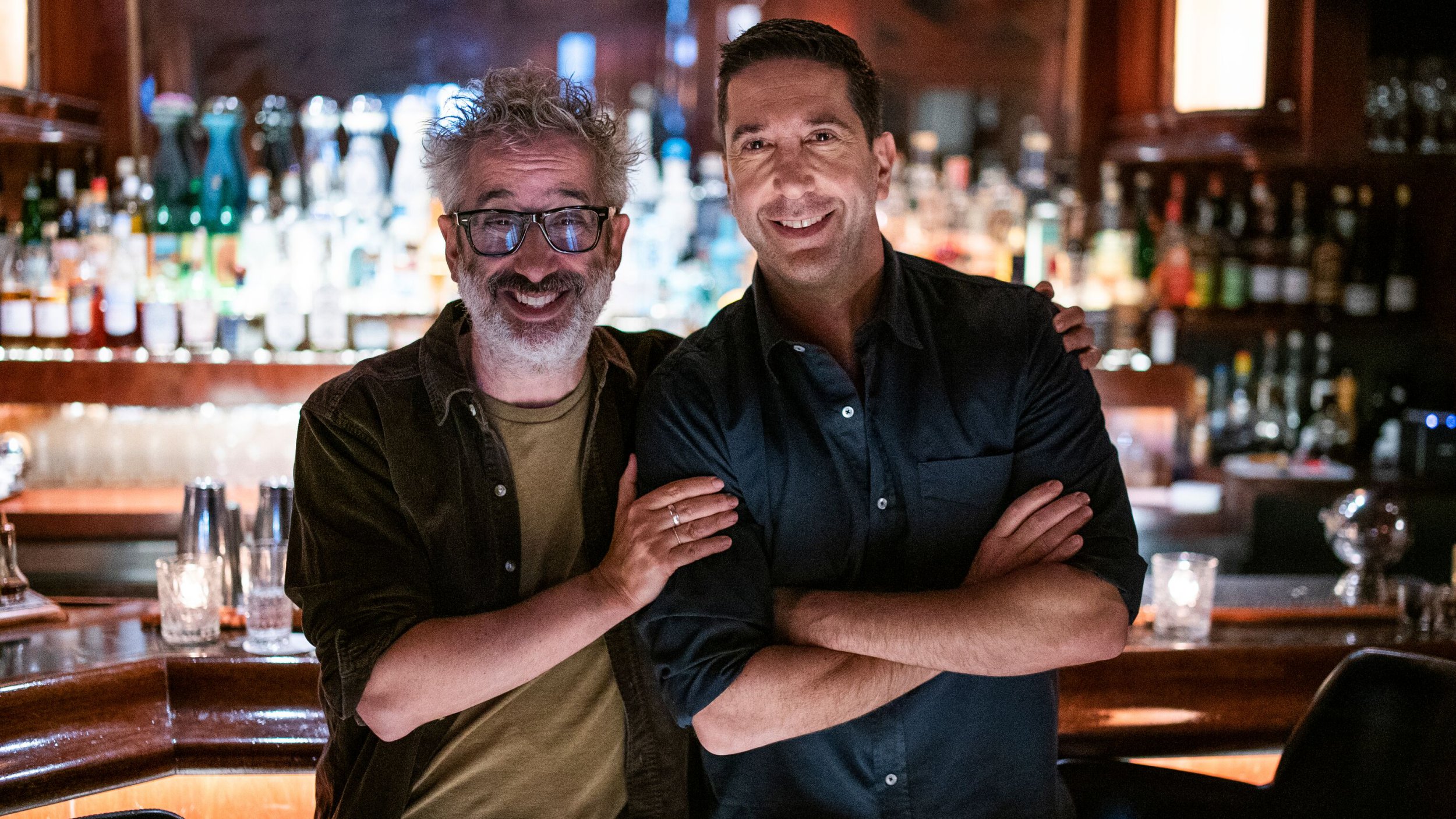 We have never been so sensitive when it came to offending minorities. So why, asked Baddiel and other Jewish celebrities, do stereotypes about Jews persist?

“What do you think of when you hear the word ‘Jew’?” David Baddiel challenged viewers at the beginning of his documentary Jews don’t count. Before you could ask, he added, “Let’s ask some Jews.”

“We run Hollywood, we control the banks and we try to take over the world,” Schwimmer said. “Big nose… money,” Silverman said. “We’re arrogant but submissive,” Jacobson chimed in, while Riley summarized, “Whatever you hate, you can pin it on the Jews.”

“So why, in a moment of extreme minority sensitivity and offense,” Baddiel asked, “do these old negative stereotypes persist?”

At the heart of his program was a TED talk of sorts, with Baddiel filmed in stylish monochrome. Behind him, in huge black letters, was the film’s highly provocative title, like an ’80s Katharine Hamnett t-shirt slogan (though I wouldn’t advise walking around with “JEWS DON’T COUNT” emblazoned across your chest).

Baddiel’s 2021 book of the same name was written for a progressive British audience — the kind of liberals who might be on their knees but don’t include Jews in what he called “the sacred circle of the oppressed.” His arguments also resonated in America, where Whoopi Goldberg was able to claim on television that “the Holocaust was not about race.”

Goldberg’s comment wrote of the Jews as a religious group rather than a race (try fighting your way out of Auschwitz by claiming disobedience, as Baddiel noted), while the Holocaust appeared to be about white-to-white oppression went.

Baddiel chatted to his niece, who has both African and Jewish roots, and who said, “I can’t hide the fact that I’m black, but my father can hide the fact that he’s Jewish.” But assimilation can only Going that far, Baddiel argued, pointing to centuries of exile and persecution that resulted in generational trauma and insecurity. Or as Jacobson put it, “We’re all a little scared of getting kicked out again.”

Baddiel’s central point was convincingly delivered and not without humor (he said ruefully how he looks forward to reading his Twitter feed after the show), while the film worked best when challenged. When asked about Israel’s treatment of the Palestinians, the moderator claimed that, as a British Jew, he felt no connection to Israel. As Fry said, “I don’t expect my countrymen to apologize to Putin because they’re Caucasian.”

Miriam Margolyes disagreed, stating that “Israel is the problem”. She was in the characteristically outrageous form and used to sport the looks of a certain Jewish pedophile (“If I were straight, I’d choose Jeffrey Epstein”).

Baddiel also confronted his own infamous blackface impersonation of former Nottingham Forest player Jason Lee Fantasy Football League. It was an awkward encounter, with Lee questioning why it took 25 years “to have this man-to-man conversation” before a moving discussion about allies ensued.

But the most sobering segment of this excellent and necessary documentary was about Baddiel’s visit to a Jewish elementary school. Once he was banished to a corridor while the children rehearsed a secret security drill in case of an armed attack.

They felt like an American school was scared of school shootings — but that was in London. Apparently every Jewish school in Britain has such practices.