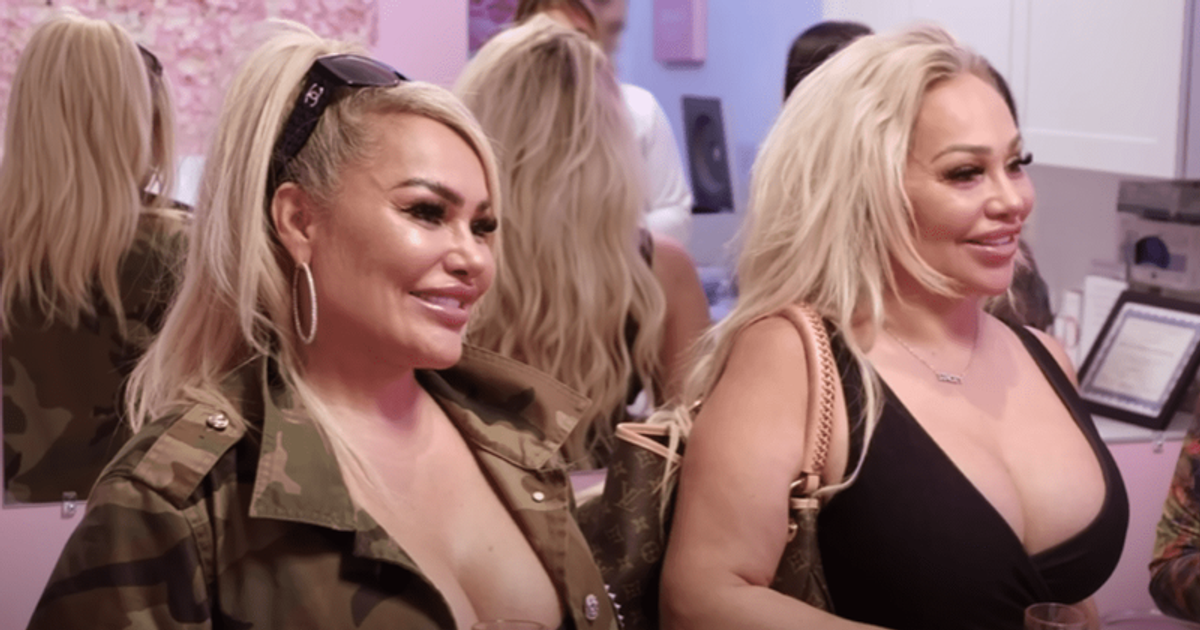 MIAMI, FLORIDA: Darcey and Stacey Silva of ’90 Day Fiance’ have an amazing lifestyle that would make anyone jealous. Fans were even more keen to learn more about the twin sisters when they got their own spin-off as they had risen to fame and made a name for themselves in the entertainment world.

Find out how ’90 Day Fiance’ stars Stacey Silva and Darcey Silva are making money today and what careers they have in 2023 to maintain the lavish lifestyle fans experience on Instagram. Darcey was a single mother of two young daughters when viewers saw her packing her bags to go to Amsterdam to meet Jesse Meester in Season 1 of 90 Day Fiance: Before The 90 Days in 2017. Stacey, Darcey’s loving twin sister, is fiercely loyal to Floridan Sukaj, who is now her husband and has stood by her through thick and thin. In 2020, the twins announced their own TLC spin-off, Darcey & Stacey, which will soon air its fourth season.

How did the Silva sisters land their own spin-off series?

The Silva sisters rose to prominence after appearing on the popular TLC show 90 Day Fiance. Fans were instantly drawn to the two for their upbeat demeanors, crazy romantic adventures and Barbie features. Darcey was the first character to appear on the show before her twin sister Stacey arrived.

Darcey rose to prominence in 2017 after starring in the first season of 90 Day Fiance: Before the 90 Days. Jesse Meester, a younger foreign love from Amsterdam who she discovered online, was introduced to the divorced homeowner from Middletown, Connecticut. However, the couple’s constant fights and quibbles got in their way, and they ended up in a heated argument. Darcey fell in love with British businessman Tom Brooks in seasons 3 and 4, but their romance also ended in disaster. Darcey’s twin sister and divorced mother of two, Stacey has been engaged to Albanian model Florian Sukaj for five years and recently married for the second time in November 2022.

While Stacey and Darcey’s numerous appearances on reality TV made them famous, in 2020 the twins developed their own reality show, Darcey & Stacey. The show delves into her personal life. The show drew so many viewers in its first season that it was renewed for a second season in July 2021. The show continued to be a huge hit, with people tuning in each week to see what trouble the girls would get into. This resulted in the show’s auto-renewal, launching the twins into Season 3 before Season 2 was even over. The show is now returning for its fourth season on January 23, 2023. Her TLC program has captivated fans, and the current season promises to be even more entertaining than previous seasons. The duo certainly do their best to create excitement and never miss a chance to tease everyone with the juicy storyline, but viewers will have to wait until season four to find out what happens to Darcey and Stacey.

The sum TLC is paying to the reality stars was told to Life & Style Magazine by a source close to the production. “’90 Day Fiance’ pays its American cast members $1,000 to $1,500 an episode,” the source said. “Even if a person gets a spot on the spin-off ’90 Day Fiance: Happily Ever After?’ got hold of Your salary won’t go up much more.”

However, the twins undoubtedly made a lot more money for their new show, Darcey & Stacey. The majority of reports claim that TLC pays cast members about $15,000 each season, but since Darcey and Stacey are the stars of their own reality show (unlike 90 Day Fiance, where they are just two of many cast members ), it is likely that her income has increased dramatically.

Darcey and Stacey have worked as actors, entrepreneurs, designers, film producers, singers, and influencers, but they arguably make the most money as reality TV stars.

Catch them in action when the Silva sisters return with Season 4 of their spin-off series Darcey & Stacey on January 23, 2023 only on TLC.