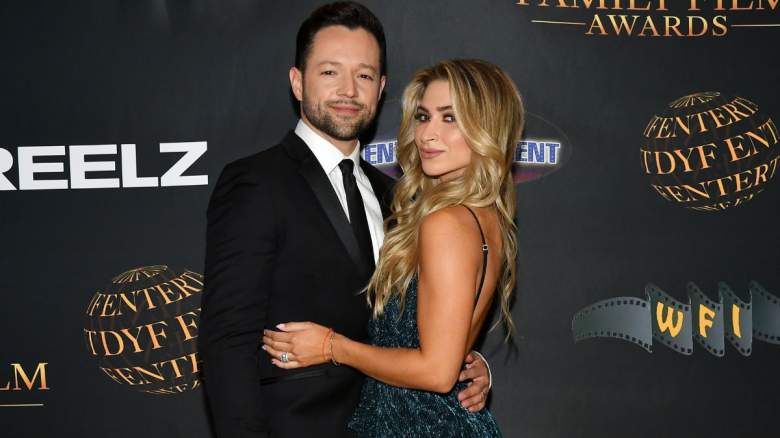 Dancing With the Stars professional dancers Daniella Karagach and Pasha Pashkov served as choreographers for season 17 of So You Think You Can Dance.

They choreographed a ChaCha for contestants Alexis Warr and Keaton Kermode.

“So honored to have been a part of @danceonfox,” Karagach wrote on Instagram. Tune in tomorrow at 9pm to see our choreography come to life! Loved every minute and can’t wait to share more.”

In an interview with Inside Dance after their stint on So You Think You Can Dance, Pashkov and Karagach opened up about the 31st season of Dancing With the Stars.

“I’m not going to lie to you, we’re just doing our job,” Karagach told the outlet. “We show up and choreograph. We have no idea how the move will affect the show in any way.”

She also said they are both still waiting for the call to see if they will be on the show’s upcoming season.

Alan Bersten was also the choreographer on Season 17 of So You Think You Can Dance.

“Here it is, nine years ago I was a contestant on this stage,” he told the magazine. “I know exactly how they all feel, it’s nerve-wracking.”

However, he appreciated that his pair did so well with his choreography.

“Ralyn really comes out and gets out there and does what she does best, which is performing outside of her comfort zone,” he told Inside Dance. “And then Carter went into his comfort zone and felt himself — it was great. I hope they make it far.”

As for Dancing With the Stars season 31, Bersten is also awaiting the call to see if he can return to the show. He’s still looking forward to the coming season.

“I really think it’s a good thing,” Bersten told Hollywood Life. “I feel like everything is moving to streaming and we’re going to be the first live show on a streaming platform, which makes it special. It feels like we are the ones laying the groundwork for this.”

He added, “I’m looking forward to it and I just have a feeling it’s going to be so great because Disney is magical.”

He also said he wasn’t sure what else might change about the show.